Highlights from our Wildlife Reports: Lots of Lions

What do the lion, elephant and hippopotamus have in common? Besides the fact that these are all animals you are likely to find on safari, they are also all listed as "Vulnerable" on the IUCN Red List of Threatened Species. Lion populations, in particular, have declined by approximately 42% over the past 21 years, and their conservation status means that they are likely to become endangered unless the circumstances threatening their survival and reproduction improve. Protecting this majestic species and their natural habitat is an important part of Singita's conservation work, and it is thrilling to see them in such healthy numbers across our reserves in South Africa, Zimbabwe and Tanzania. Here are some highlights of recent sightings from last month's Wildlife Reports: 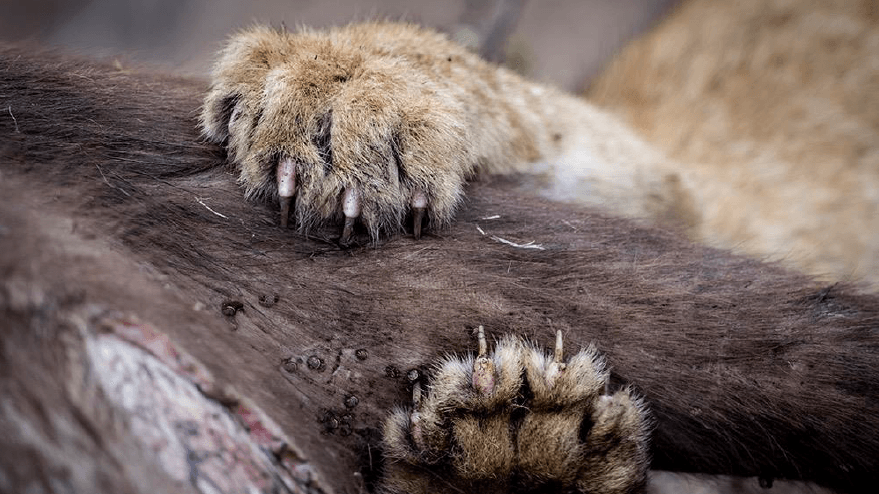 Lions continue to dominate the area, mainly moving along the Sand River. Within a short period of six days, the Mhangene Pride managed to kill seven buffaloes, six of which were taken down in two separate sightings. They have managed to maintain their dominant behaviour within the area and their den-site has been kept along the river, just east of Singita Boulders Lodge. The coalitions of Majingalane male lions have been enjoying the feast of buffaloes, somewhat to the disapproval of the lionesses from the Mhangene Pride. In the photo above, one of them licks his cheeks clean after gorging himself on a buffalo carcass that he claimed as his own after the lionesses had killed it the night before. 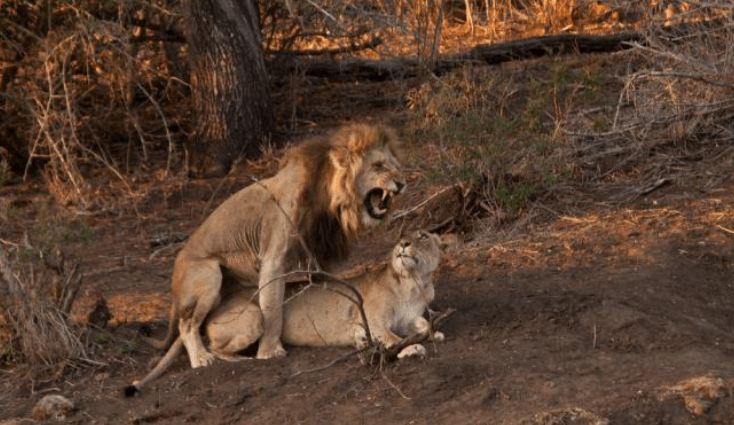 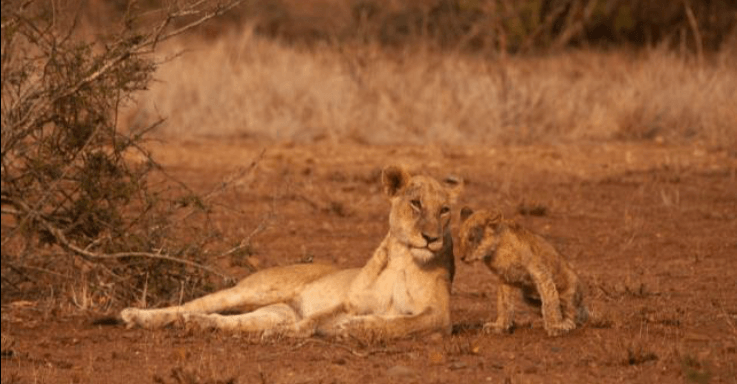 We have had another amazing month of lion viewing, with over 130 sightings of these cats recorded this last month. The Shishangaan Pride includes the famous “White Lion of Satara”, and fortunately for us, much of this pride’s territory lies within the Singita concession. This particular pride was once one of the mega-prides of African and it numbered over 30 individuals. It became so large that they were having difficulties feeding all the members and so the pride split into two distinct groups. The Xhirombe Pride also seems to have split up now, and are often seen in the hilly areas near the Mozambique fence-line to the southeast of camp. The young male is looking stunning and his mane is growing well. Sadly for him, the two females of the Xhirombe Pride have been seen flirting with the larger, adult males from the Southern Pride (who have been making forays into the area near the lodge). The sub-adult lioness was seen mating with one of these Southern males near the spring in the gorge east of camp. The Xhirombe male has therefore left the two females and is roaming alone for now.

Lion sightings have truly been incredible over the last few months and September did not disappoint, with a total of 123 different sightings recorded. The majority of these sightings took place around Sasakwa Dam and the many drainage lines that are found within our area. Raho drainage was particularly productive as we have a pride of 21 lions which move along it – they consist of five males, five females, five cubs of 10 months, three of 4 months and three of 2 months. They provided many guests with some unforgettable sightings, like spectacular sequence captured by field guide Mark Nicholson. 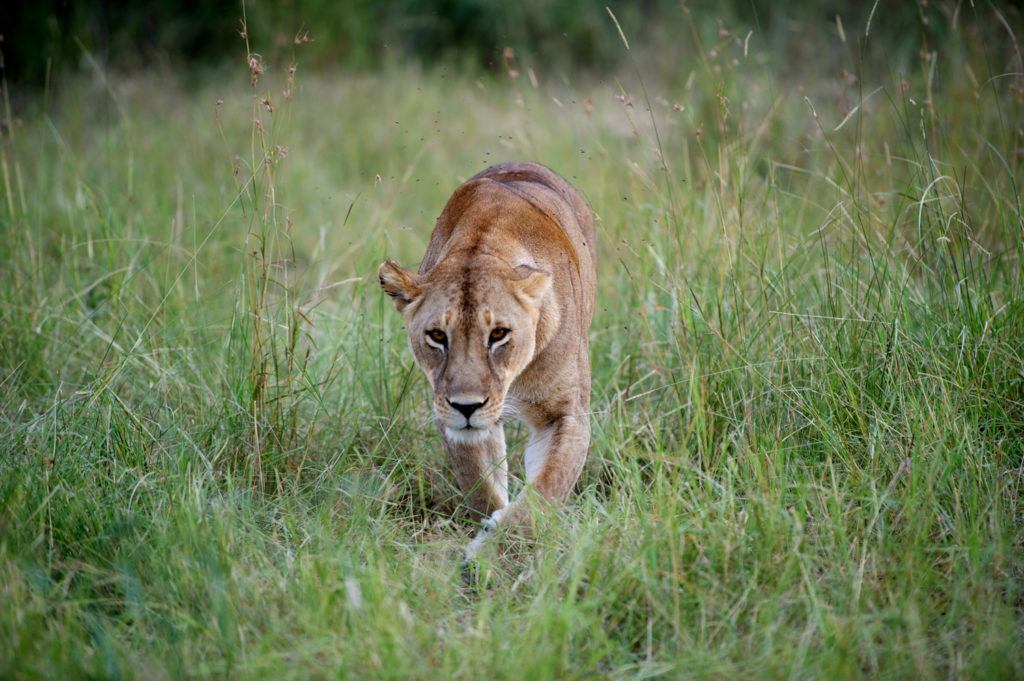 Yet another great month for the lions in the Lamai Triangle. With the migration in full swing, they did not have to work too hard to find a meal. There seem to be three different prides that make up the majority of the sightings, and the pride which frequents the koppies near the camp is seen on a regular basis. This pride has two magnificent big, black-maned males, which protect the pride and make sure that no other males are able to move into their territory and attempt a pride takeover. Dominant males will normally hold sway over a pride for two to five years whilst they are in the prime of their lives. When old age starts catching up with them younger, stronger males will move in and force them out, taking control of the pride. 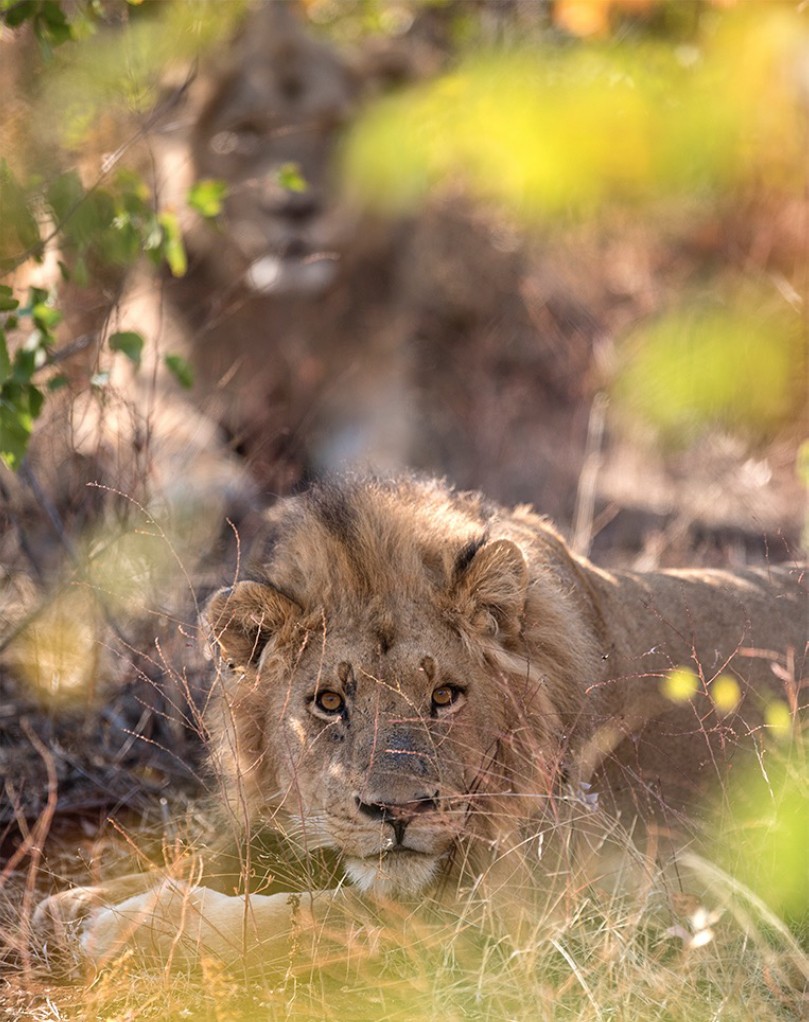 The tracking team had devoted hours to tracking a coalition of male lions in thick mopane woodland, and once they had spotted them on foot they called us, hopped on our vehicle and guided us to the position. Unfortunately by that time the lions had moved off a little from where the trackers had left them, so we scouted around to find them. The photo above shows the moment when we did – you can see how this male is looking slightly alarmed and has locked his stare on to me but he soon settled down and relaxed again. Can you spot his brother in the background?

Singita's Vimeo channel is a great place to see the lions in action. Some of our favourite snippets include Lion Fight at Singita Grumeti, Othawa Pride in the rain at Singita Sabi Sand, and the Shishangaan Pride on a kill at Singita Kruger National Park.