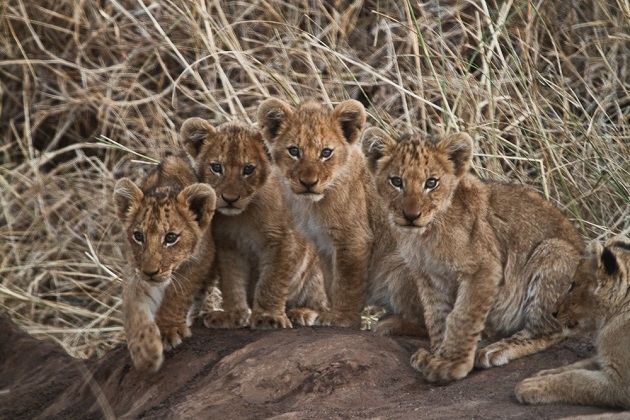 If you follow our Facebook page or are an avid reader of our monthly Wildlife Reports, you will no doubt have seen the thrilling news of the recent birth of not one but two rare white lion cubs at Singita Kruger National Park. This remarkable event was first announced in July last year, in a very exciting note from field guide Nick du Plessis: "On the 11th of July we had a sighting, that when it came over the radio, you could hardly believe your ears! Clement had found and called in members of the Shishangaan pride with cubs, but one of the cubs was just a little different. He is snow white!" 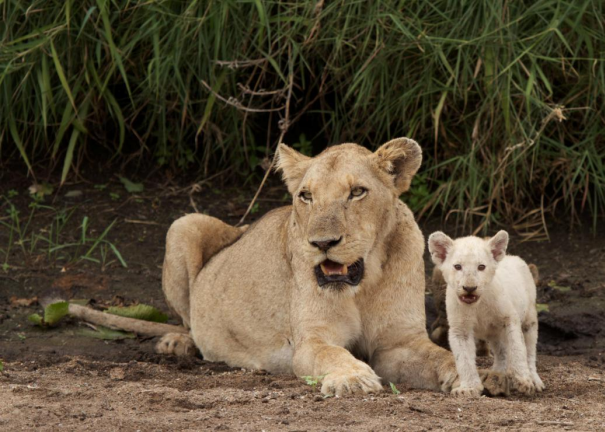 He went on to say: "The fact that this rare white lion is seen as far east as this in the Kruger National Park is nothing short of a miracle, and as far as we know has never been spotted or recorded in this area before! The fact that the rare white lions continue to reoccur in their natural habitat despite historical forced removals by humans for commercial trophy hunting and breeding in the 1970s is a real testimony to their genetic diversity and pure resilience! We hope this is just the beginning of something very very special at Singita Kruger National Park." 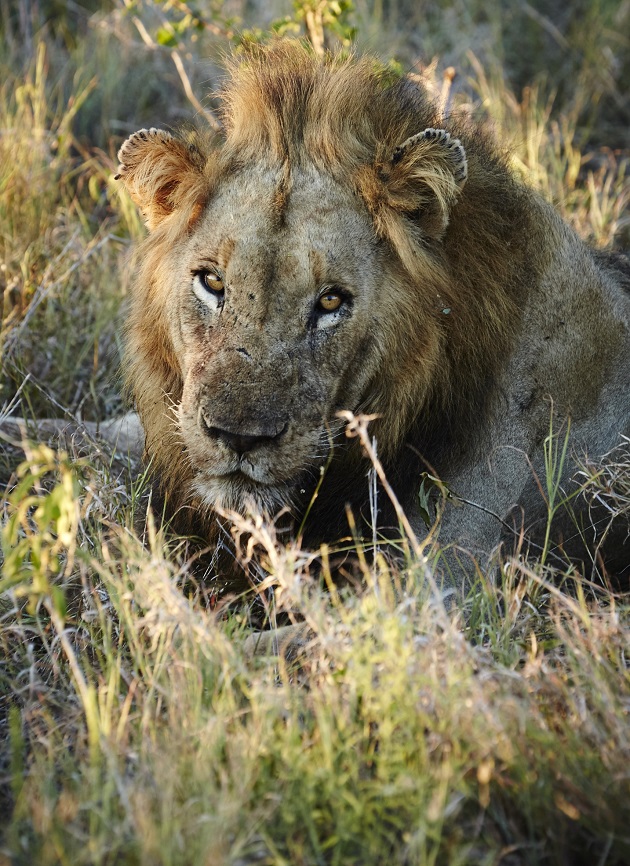 Nick proved to be correct, as the white lion cubs have become one of the stars of the monthly guide's journals from the region. Here are a few snippets from recent Wildlife Reports, following the progress of the cubs and the rest of the Shishangaan pride over the past few months:

December 2014 The large Shishangaan Pride has made a long awaited return to the concession! For the last few months, following the fires, the pride had been non-existent and majority of our lion sightings had been of the Mountain Pride, further north. When the rains finally came and the burnt areas started to green up and teem with wildlife, the lions were caught on the wrong side of the now-flowing N’wanetsi River and it wasn’t possible to cross safely at Gudzane stream with their cubs. 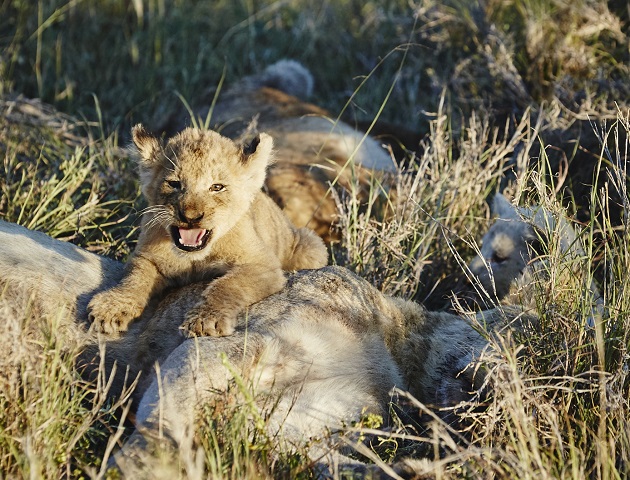 Shortly after, and seemingly out of nowhere, lion tracks were seen around the central parts of the concession! The previous day we had seen four of the dominant males further north of this location. Upon investigation, we stumbled upon a magnificent sighting of 21 lions (and this isn’t even the full complement of the Shishangaan Pride)! Five lionesses with 16 cubs of varying ages and sizes were seen, including the white lion cub, which looks slightly dirty, but is growing well and thriving. This leaves five lionesses unaccounted for, some of which should have cubs! With the pride having successfully hunted and fed where there is so much plains game, we hope that they will stay on the western side of the concession.

So far the Shishangaan Pride has been seen much further south of the concession than we have ever known them to be, which means with the dominant males around, there is a definite shift in territory. This is because the lionesses with cubs need to be as close to the central parts of their territories as possible and thus avoid the chance of encountering any nomadic male lions that would try to hurt or kill the cubs. 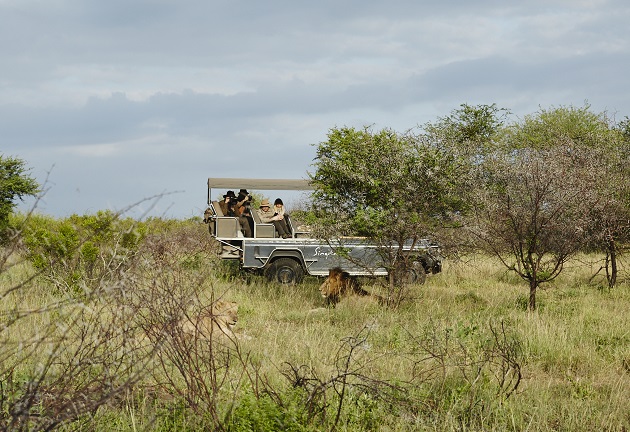 January 2015 The Shishangaan male lions brought down a fully-grown female giraffe in the middle of the month. They seem to have perfected a hunting technique of late, with it being their third giraffe kill in as many months. There was a total of 36 sightings of the Shishangaan pride this month, including 16 cubs from five lionesses and the strong and healthy-looking 9-month-old white lion cub. 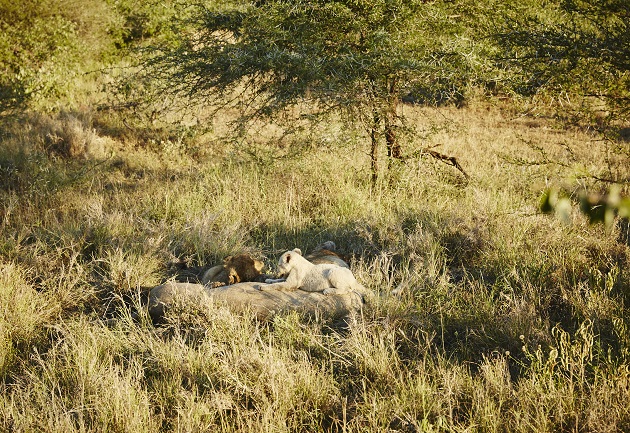 February 2015: It is sometimes quite difficult to decide what to write about in a monthly journal, there are normally a couple of particularly interesting events to choose from which may have happened or been developing over some time. But this month was an absolute 'no-brainer' as the sightings and regularity of the Shishangaan pride has never been more dependable. Guests have enjoyed a total of 63 lion sightings this month, most of which have been of the Shishangaan pride.

What has made it even more exciting, and was the reason for the pride splitting in the first place, is the number of cubs that have been seen in the last couple of weeks. We now believe there to be a total of at least 28 cubs, with a further two lactating females that haven’t brought their little cubs out of hiding yet. And within that huge number of cubs there is a second little white cub! We knew there was a chance of this, but to actually see the second little cub as proof that the gene is definitely in circulation was just brilliant, and this time it is a female! Why that is so important is that the young white male, once reaching sexual maturity, will be evicted from the pride and we may never see him again - this is the species way of discouraging inbreeding. On the other hand, with a bit of luck, the female should theoretically spend her entire life within the pride, meaning staying in this area, reaching maturity and having cubs of her own. 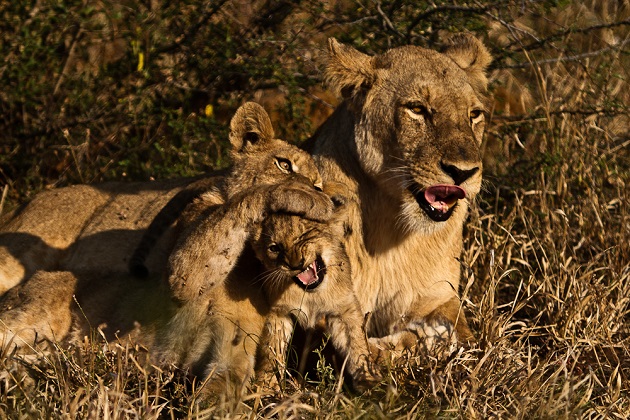 SEE THE PRIDE IN ACTION: