Claws Out in Big Cat Country

Singita's property in the Sabi Sand is one of the most well-protected wildlife areas in South Africa. According to a recent study by Panthera, it is also home to the highest density of leopards of any area surveyed in the country. The region has always been well-known for its big cats and we are privileged to see these usually-elusive creatures on a regular basis near Singita Boulders and Ebony lodges, and Singita Castleton. Field guide Renain Venter wrote about a thrilling encounter between two competing females in last month's Wildlife Report, where he and his guests got to see the leopards with their claws out and fur flying: 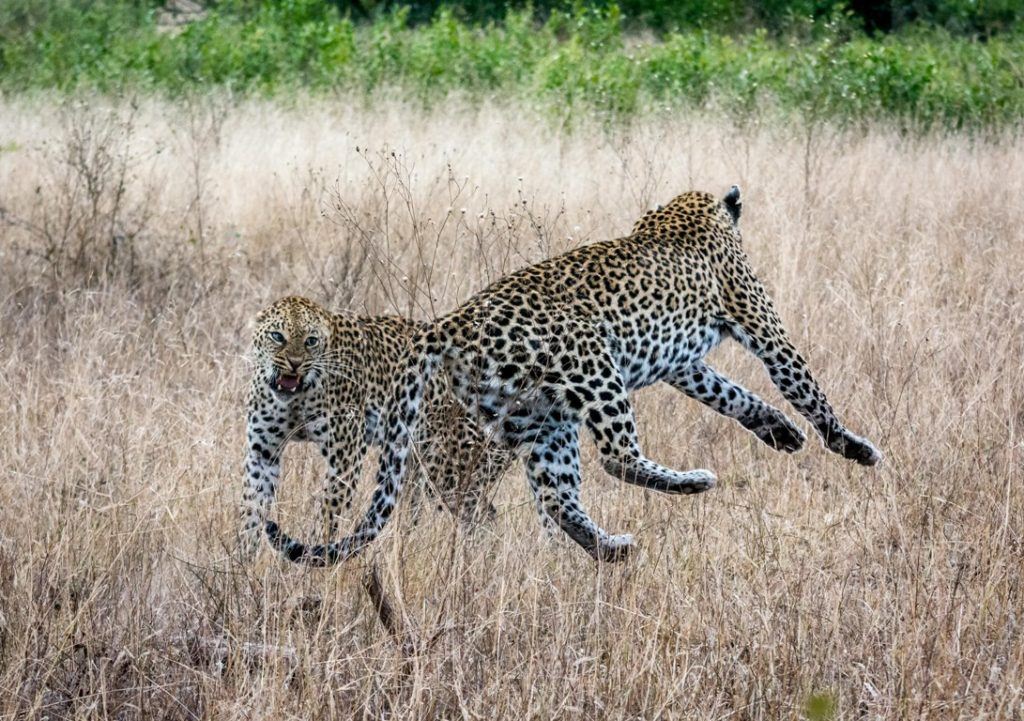 "On a recent afternoon game drive, we came across a distracted male leopard with a seductive female who seemed keen on mating with him. Although she was trying everything she could to entice him to mate, his attention seemed to be elsewhere and he began to follow an invisible scent through the bush - female in tow! We realised that the Hlabankunzi female and her cub had made a bushbuck kill about half a mile away and that this must be the source of the enticing smell. Anticipating that he was after a free meal, we decided to go ahead of the pair towards the two leopards feeding on the carcass and wait to see what would happen.

As the hungry male and his companion approached, we noticed the courting female marking her territory with some spray urination and some ground scraping; it almost seemed like a direct challenge towards the Hlabankunzi female. She then moved off and lay in the grass, watching while the male quickly swiped the kill for himself. Out of a little shrub popped the head of the Hlabankunzi female, unimpressed by having had her hard-earned bushbuck stolen, walked over to where the other female had marked her territory and marked directly over it. The tension quickly escalated and both females started scraping the ground and hissing at one another. 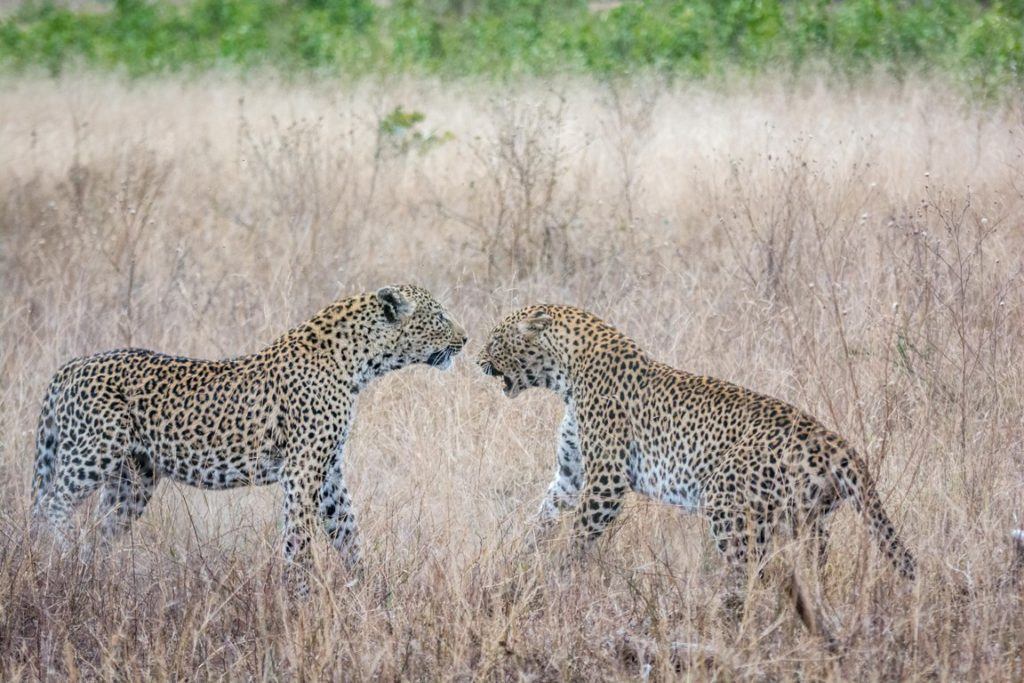 Squaring off, they started walking parallel to each other in a direction away from the male and the kill. The gap between them was getting smaller and smaller, almost as if they were trying to size each other up from the corner of their eyes. Closing in, the slow walk turned into a trot and suddenly both female leopards were in the air, claws latched onto one another and growling aggressively. In the blink of an eye, it was all over - they were back on their feet, the hierarchy having been quickly established. The flirtatious female took up a submissive position on the ground below the Hlabankunzi female as the dust settled around them. It was a very quick fight for dominance and territory, and an extremely rare encounter to witness."

Each month, our Singita field guides compile a journal of wildlife sightings, noteworthy animal encounters and seasonal changes in the landscape, giving readers a snapshot of life in the bush throughout the year. They are also a monthly reminder of Singita's conservation work in action and a record of the flora and fauna which thrive in each of our reserves and concessions as a result. At Singita Sabi Sand, maintaining the reserve's biodiversity takes the form of stringent land management as well as the deployment of a dedicated anti-poaching unit to ensure the safety of the wildlife. Learn more about this conservation approach here.