There is a classic, if slightly ominous, African image with which you're probably familiar; it's the scene of a colony of vultures huddled on the branches of a leafless leadwood tree, black rain clouds looming overhead. It is, in fact, a fairly common sight at Singita's South African properties (albeit with more blue sky!), where the bush is studded with tall leadwoods that live up to their scientific name; combretum imberbe, meaning "hairless climber". 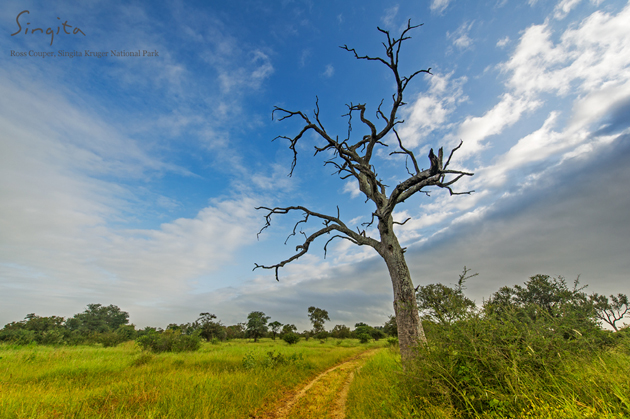 The leadwood is one of the largest trees in Africa, and is so called because of the wood which is extremely dense and heavy. As such, it is impermeable to termites and is one of the only wood species that sinks when thrown into water. It's hardiness also explains why, up to 80 years after a leadwood tree has died, its imposing skeleton will remain intact, and why it used to be the material of choice for railway sleepers. The species is protected in South Africa, although fallen branches and those left behind by marauding elephants are allowed to be used for furniture or ornamental work. 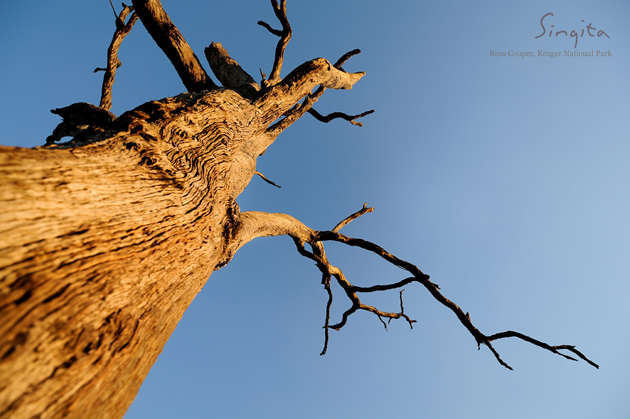 Although slow-growing, they can live to be thousands of years old and flourish in alluvial soil along river beds, like the Sweni and N’wanetsi Rivers that run through Singita Kruger National Park. The leaves are popular with herbivores and you will regularly see elephant, giraffe, kudu and impala munching on them during a game drive. 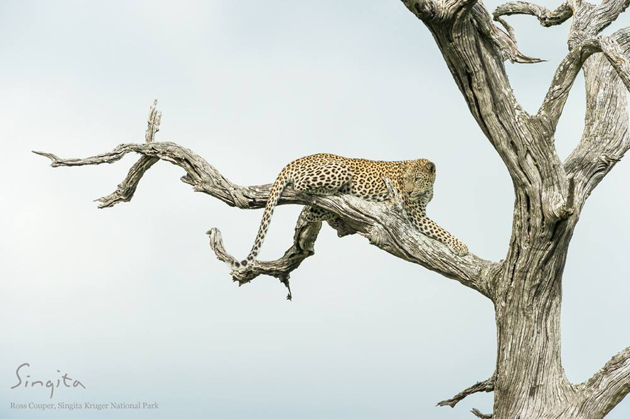 Singita's 33,000-acre private concession in the Kruger National Park is home to two of our lodges; Singita Lebombo Lodge and Singita Sweni Lodge. This area is especially well-known for the remarkable concentration of the ‘Big 5’ and four particularly formidable prides of lions. Discover more on our website.