Project Pardus: Working with Panthera to Save Leopards

Recognised as the world's main authority on the conservation status of biological species, the IUCN Red List classifies leopards as "vulnerable", meaning that they are at high risk of endangerment in the wild. While they are not yet technically endangered, there are likely fewer than 5,000 leopards remaining in South Africa and if their numbers continue to decline - which, research suggests, is happening at a concerning rate of 8% per year - it is only a matter of time before they face the threat of extinction, along with many of the other animals with whom they share the African bush. 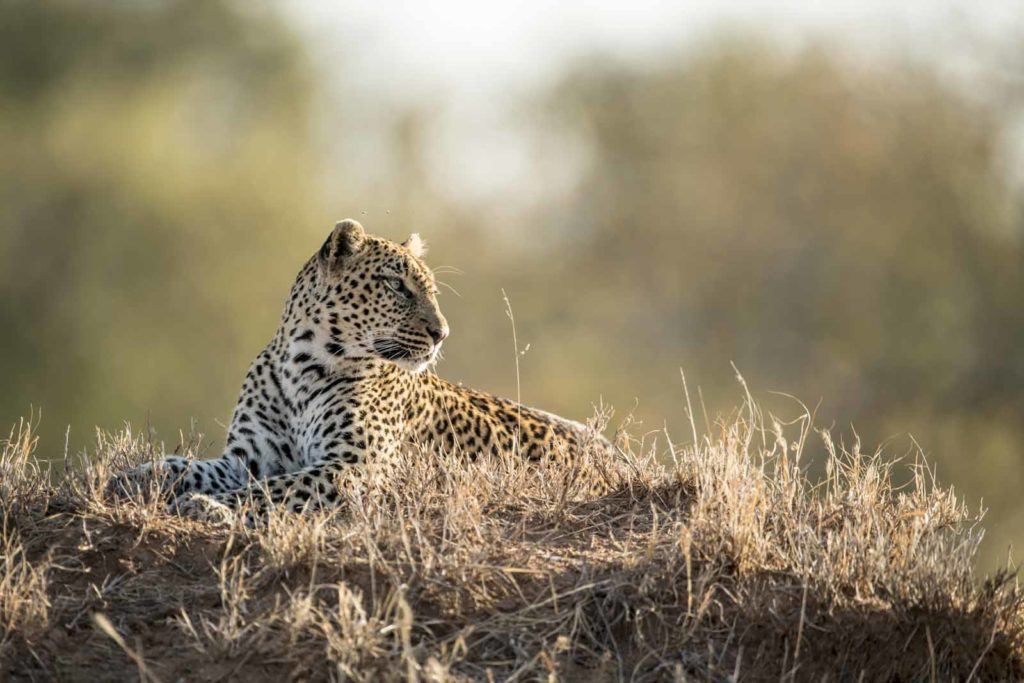 According to Panthera, Singita's leopard research partner, the leopard is likely the most persecuted large cat in the world, having vanished from up to 67% of their historic range on the continent. In southern Africa, one of the biggest threats to the survival of the species is the use of leopard skins for religious and cultural ceremonies by local communities like the Nazareth Baptist “Shembe” Church. After discovering that Shembe followers were using as many as 15,000 illegal leopard skins, Panthera initiated the Furs for Life Leopard Project in 2013.

The project works with the Shembe Church, one of the largest and fastest-growing churches in the region, to replace leopard skins worn as ceremonial regalia with high-quality faux replicas. Panthera worked with a team of digital designers to provide a sustainable, culturally-sensitive solution; high-quality and affordable faux leopard skin capes, known as amambatha. With generous support from Peace Parks Foundation and Cartier, Panthera have distributed over 17,000 amambatha to date, and through the support of the Church leaders, the faux skins are gaining increased acceptance among the Shembe as viable alternatives to real leopard skins. Panthera’s research indicates that use of real skins has already decreased by 50%, preventing thousands of leopard deaths each year. Ultimately, Panthera hope to work with other groups that use leopard fur for religious and ceremonial attire to provide and ensure sustainable alternatives.

"In South Africa, Panthera's Furs for Life Leopard Project is providing an innovative and real solution to a threat that is decimating leopard populations. Very rarely in the world of conservation do you see a resolution this simple and respectful of cultural and religious traditions that is so swiftly accepted by local communities." - Dr Guy Balme, Director, Panthera Leopard Program.

Singita works alongside Panthera to assist with its long-term studies of leopard density and behaviour. A recent camera trap survey undertaken in the Sabi Sand showed that this wildlife reserve in South Africa, which is home to three Singita lodges, has the highest number of leopards of any protected area surveyed in the country. The success of this study has prompted the planning of further camera trap surveys in the protected areas under Singita's care this year. In addition, Singita Sabi Sand's field guides continue to contribute sighting information on a monthly basis, helping to monitor the remarkably habituated leopards in this reserve and provide important insights into their lives and how best to conserve the species. Singita's strategic partnerships with conservation organisations like Panthera are key to the successful achievement of our vision to preserve and protect African wilderness for future generations. Ensuring the biodiversity of our reserves and concessions has resulted in thriving wildlife populations and a flourishing ecosystem. Please visit the Conservation section of our site to learn more »