Our very own Jaco Ehlers, Singita Sales Manager and charity-superhero, has just completed a 7 day cycle challenge all in the name of a good cause.

Jaco cycled the 330km-long Challenge4aCause challenge through the harsh, dusty terrain of the dramatic Damaraland Desert in Namibia to raise funds for the Save the Rhino Trust. 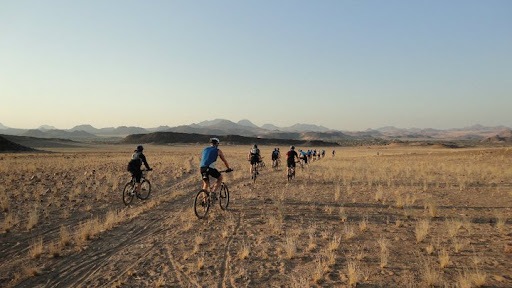 All the funds raised through the 2010 Challenge4aCause have been donated to an anti-poaching unit. The aim of this unit is to help preserve the highly endangered, and desert-adapted, black rhino.

Every Rand and cent raised through the event will be used to teach rural children about the importance of the environment and the critical role they play in the preservation of our world.

Women’s Month: Honouring the Past to Build Our Future

“Life can only be understood backwards; but it must be lived forwards.” — Danish philosopher, Soren Kierkegaard It’s been 64 years since the historic day when 20,000 women marched to the Union Buildings, South Africa’s administrative seat of government, to protest Apartheid laws. Since then, the women of South Africa have continued to rise, helping…

Love Made Visible: The Meaning of Food at Singita

Singita’s unique food journey is an intrinsic part of how our guests experience Africa, with fresh ingredients gathered from our on-site gardens and innovative menus that complement our wellness philosophy. While these mouthwatering moments are a memorable part of any stay at Singita, our food offering is also inextricably linked to our core conservation purpose…

Set on a picturesque sandstone ridge in Zimbabwe’s remote Malilangwe Wildlife Reserve and offering unfiltered space and time for deepened connections with nature, family and friends, Singita Malilangwe House is an exclusive-use villa with five expansive bedrooms – each with its own private deck. Here, guests have the relaxed freedom to enjoy tailormade stays catering to their every need and simply be present in each moment. Providing the stillness they seek, it’s the ultimate sanctuary in which to awaken the senses and restore the soul; and with private access to restorative experiences in 130,000 acres of untouched wilderness, it welcomes a profound sense of wellbeing, leaving them renewed, restored and inspired.

Thank you for signing up to receive updates from our blog! Prepare to be inspired.