Guests at Singita Kruger National Park have 33,000 acres over which to roam on twice-daily game drives with their dedicated field guide and tracker. The area is well known for a particularly high concentration of the "Big 5" - including a number of large prides of lion - all of whom benefit from Singita's steadfast commitment to conservation as well as its minimal environmental footprint. Field guides Barry Peiser and Brian Rode put together the latest wildlife report from the area, which highlights some of the recent changes in the landscape and lots of exciting animal activity: 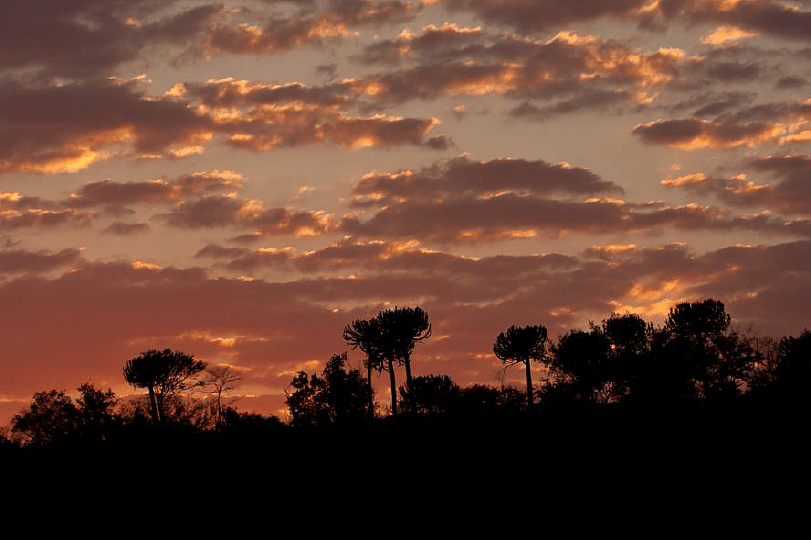 We had almost no rain during April (a few drops of drizzle) and the water that filled up the N’wanetsi River last month is slowly drying up. There is still quite a bit of standing water at the weir, at Dumbana Pools and in front of both Singita Sweni and Singita Lebombo Lodges. Hyena Pan, in the Lebombo Hills is still holding water and is attracting a fair amount of game. The depression is bare of grass and visibility is amazing. This has been a great month for game-viewing. 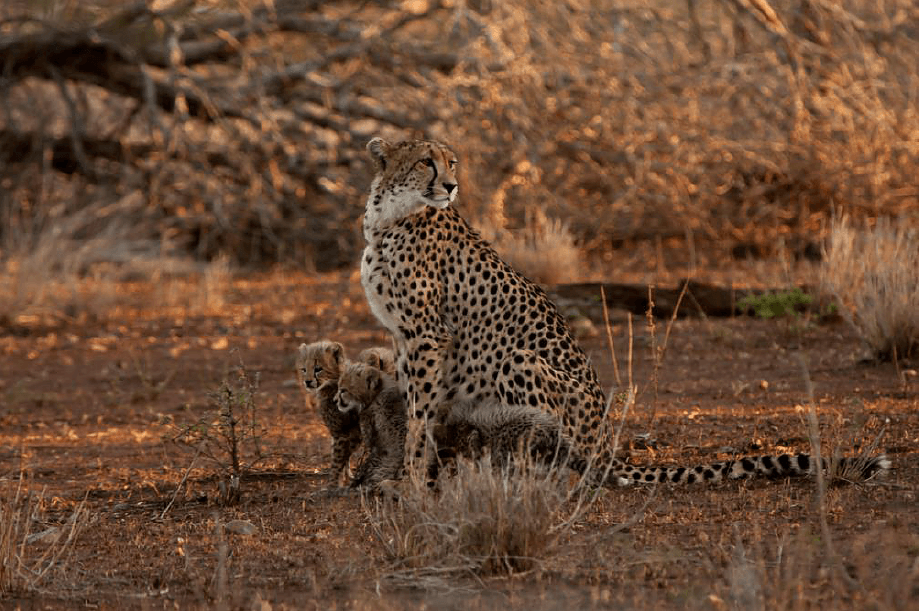 The stars this month were a female cheetah and her four young cubs who arrived on the concession. We estimate the cubs to be in the region of two months old and have ruffs of golden hair on their backs and very dark bellies and sides, making them look a lot like honey badgers from a distance. It is said that the young cheetah cubs are coloured like this so that potential enemies such as lions and hyenas mistake them for badgers, which are notoriously aggressive. We have had amazing views of the mother and her cubs, particularly in the open areas of the Central Depression. When we first started seeing them the cubs were very shy of the vehicles, although they have now become fairly relaxed and we have had some great views of them. 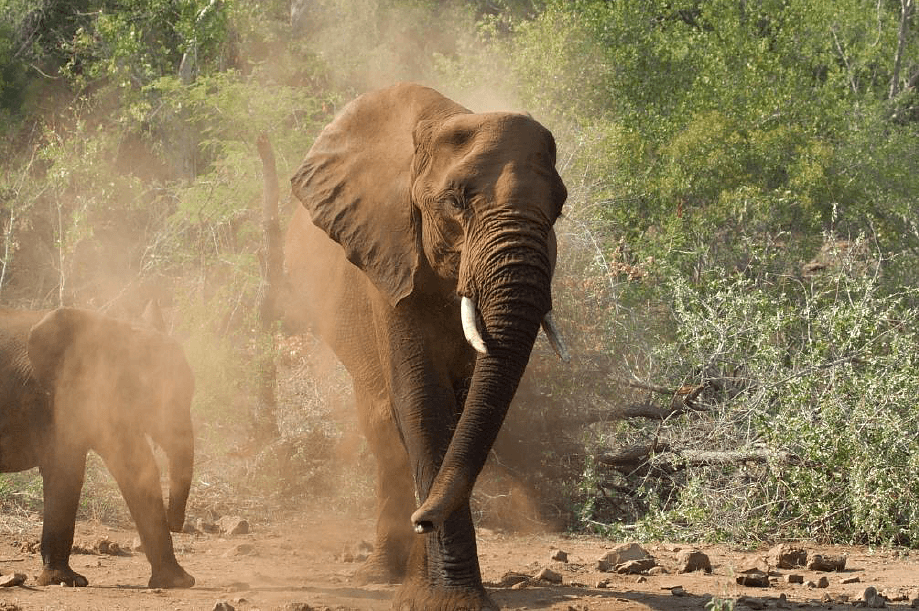 We have seen elephants almost on a daily basis. They have been coming down to drink at the water in the N’wanetsi River. Johnathan reported seeing a herd of over 70 elephants drinking at Dumbana Pools one day. On another occasion we saw a breeding herd of elephants bathing in the pool at Hyena Pan. While they were playing in the water they were surprised by a hippo bull that surfaced right in front of them. It was amusing to watch them as they got startled by the hippo and then tried to chase it around the pool. 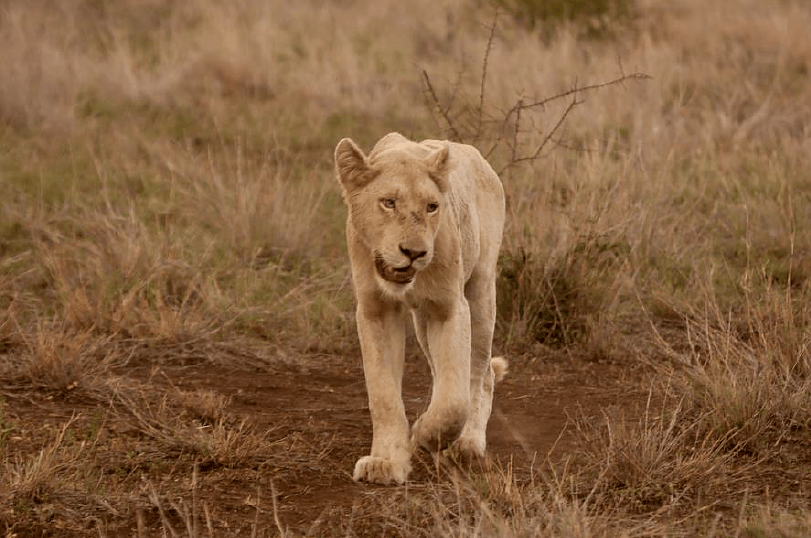 Singita Kruger National Park is certainly the place to see lions; at least 70 sightings of these large cats were reported this month. The white lion from the larger portion of the Shish Pride has been seen this month and is looking healthy. He was seen feeding on a buffalo carcass with the rest of the larger portion of the Shish Pride right opposite the river from the camp! Barry had had an amazing sighting of two Shish lionesses, just the day before, stalking and catching a waterbuck close to Euphorbia Crossing, a short way upriver from Lebombo Camp. Two of the females of the Shish Pride also caught another Waterbuck right where the water ends north of Euphorbia Crossing. 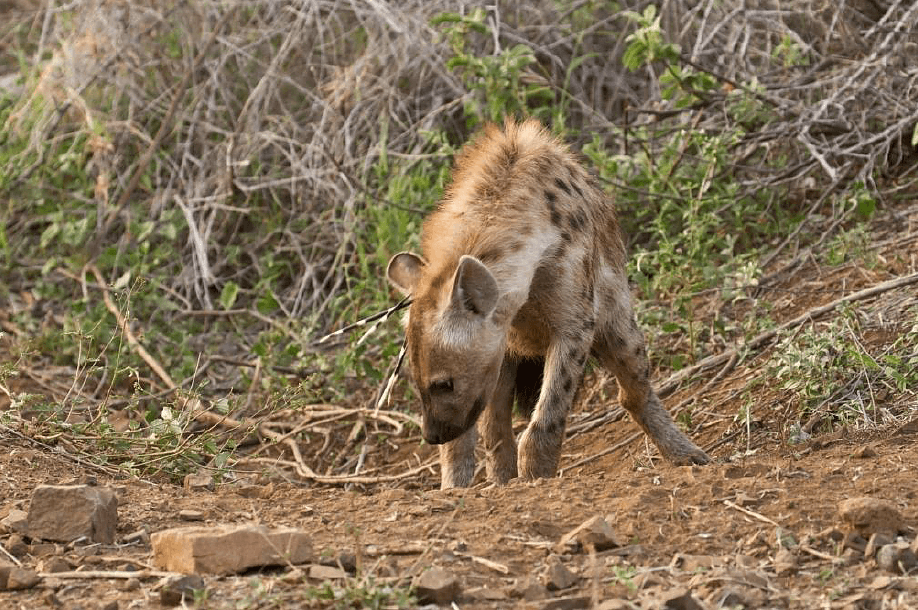 Spotted hyenas were seen regularly during the month of April. The hyena cubs at the den along the H6 public road have become very used to the cars and have been quite inquisitive. We have had to chase them away from the vehicles on occasion as they try to chew the plastic mudguards of the game viewer! One of the sub-adults was seen with porcupine quills stuck all over in his throat and neck. He had obviously been too inquisitive or had gone into the wrong burrow, one that was already occupied by a large, spiny rodent. 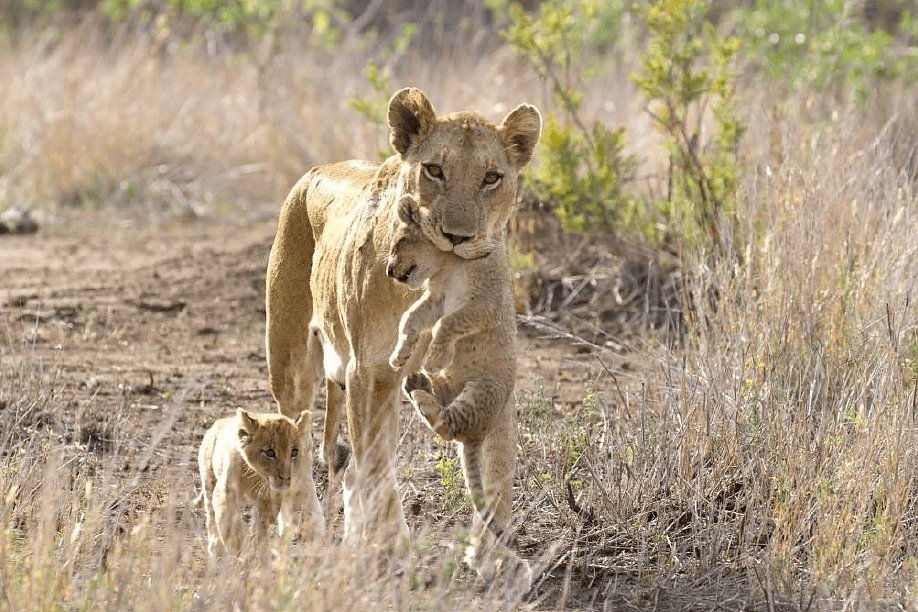 Did you catch our recent post about the adorable new lion cubs in the Mountain Pride? Field guide Barry Peiser gave us the story along with some gorgeous photos of them with their mother. You can also stay up to date with news from our twelve lodges and camps by following our Facebook page.