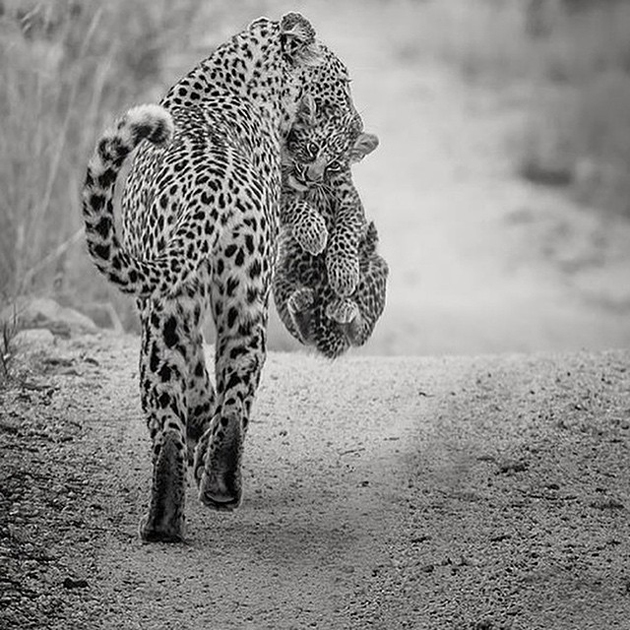 1. He's done it again... The amazing field guide and wildlife photographer that is Ross Couper captures the most wonderful leopard mother/cub image at Singita - quite brilliant (Jan 2015)

This leopard mother and cub photo by field guide and photographer Ross Couper, posted on Friday afternoon, quickly became the most 'liked' image on Singita's Instagram page. Ross is also responsible for the second most popular image from @Singita_; the equally remarkable lion pride parade pictured below. 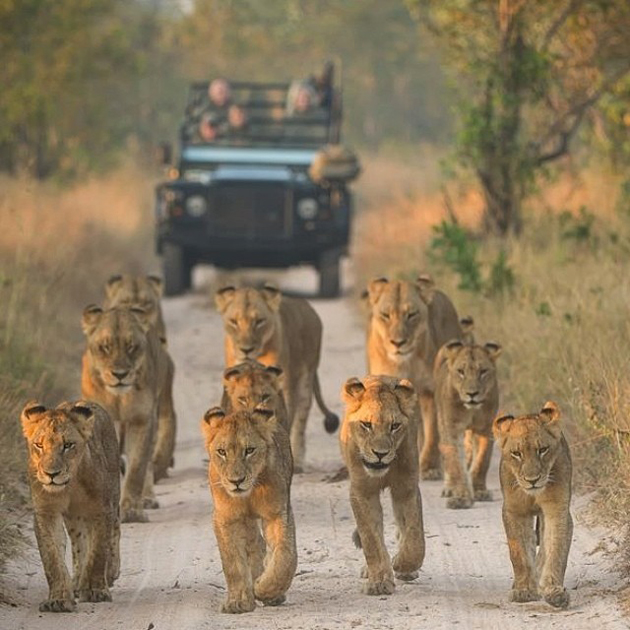 2. Beat that for a group photo! Field guide Ross Couper at Singita Sabi Sand says: "As the honey coloured morning light filtered through the mist on the horizon, we knew we were in for a very good morning..." (May 2014)

The photograph was so popular that we thought you might like to see the rest of the Top 10 most 'liked' images from the past 18 months. Leopards are the subject of three of the photographs but are outweighed, so to speak, by shots of elephants; they feature four times. The early morning lion patrol, an affectionate baby rhino and some very fluffy cheetahs also make it onto the list. We hope that you enjoy these wonderful images from our very special corner of the world: 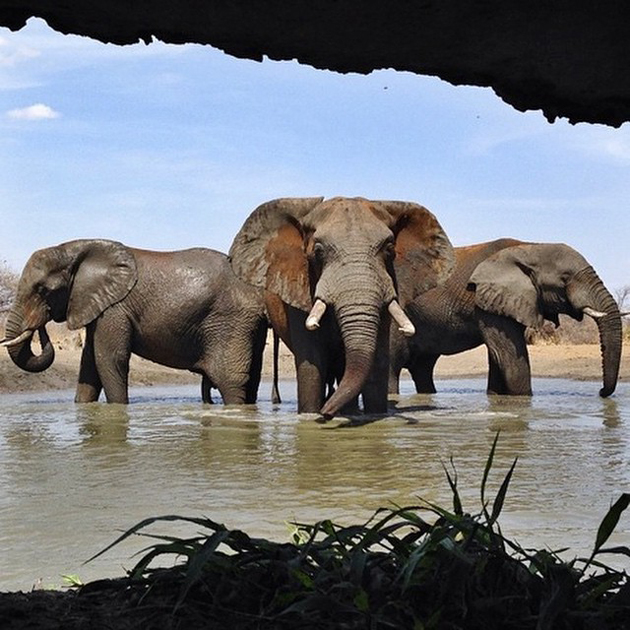 3. Rather superb photo via @margauxknuppe of three elephants lining up for a group shot at the hide in Singita Pamushana Lodge (Oct 2014) 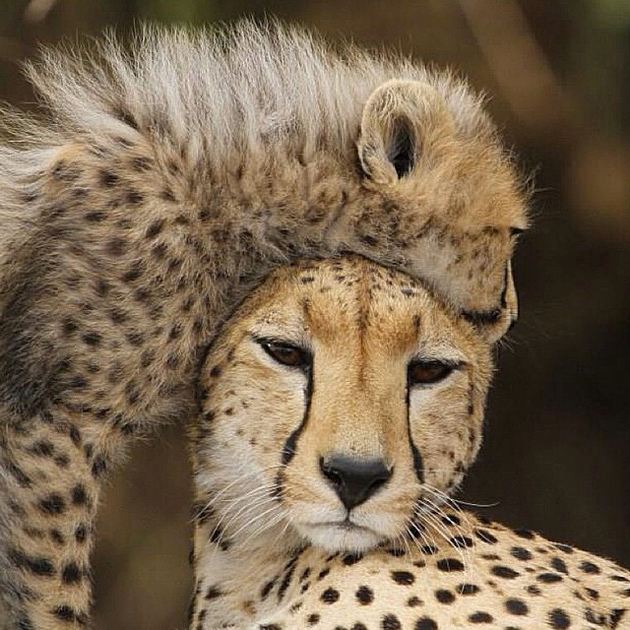 4. Heartwarming shot of a cheetah and cub captured by guide Alfred Ngwarai at Singita Grumeti. (Sept 2014) 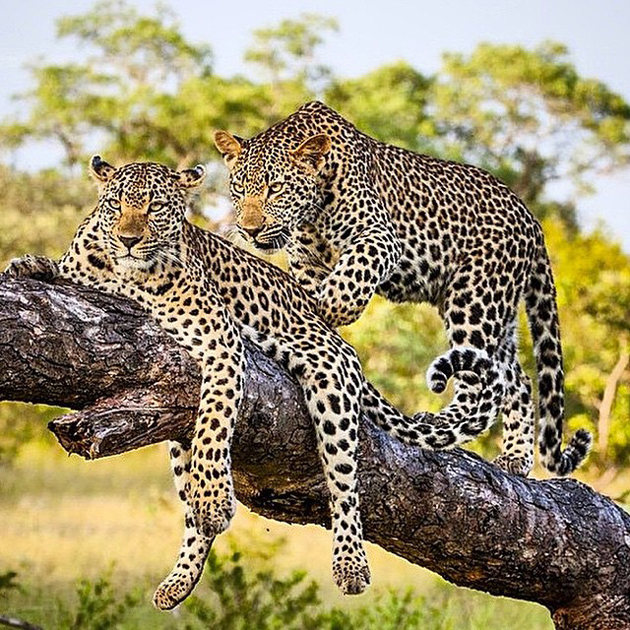 5. Magnificent shot of the Ravenscourt female leopard and youngster by @jonobuffey, who captured 'The Look' at Singita Sabi Sand (Oct 2014) 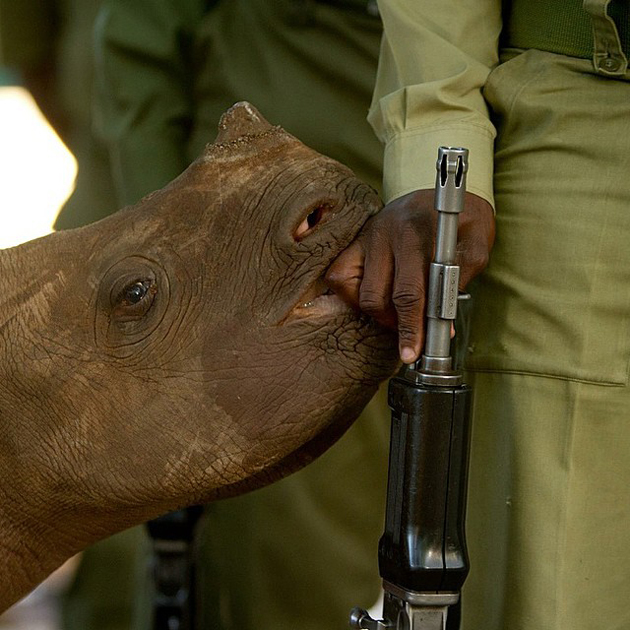 6. This is an extraordinarily powerful photo, taken by Hilary O'Leary. She works for the equestrian program at Malilangwe Wildlife Reserve - 130,000 acres of wilderness in Zimbabwe, in which Singita Pamushana is located. Her photo is of a baby black rhino nudging a scout with his rifle. The image is made even more pertinent by the fact that only 750 rhinos still survive in the country, according to the Zimbabwe Parks and Wildlife Authority. (Feb 2014) 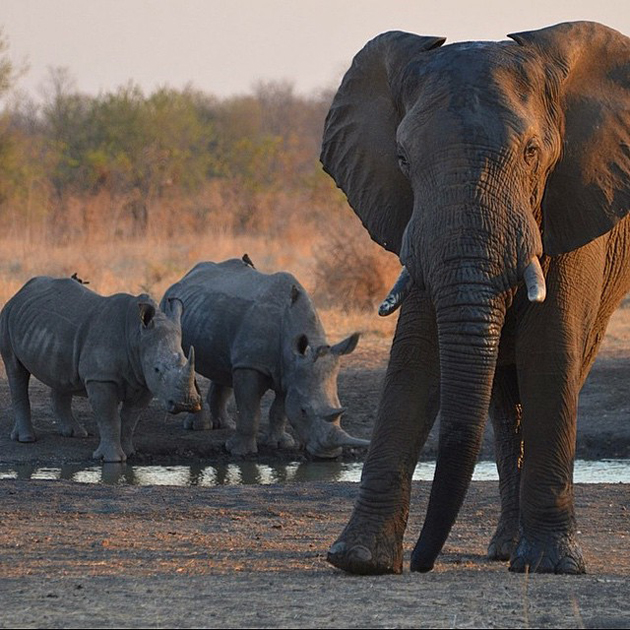 7. Two of our most valued guests at Singita Pamushana Lodge. (Sept 2014) 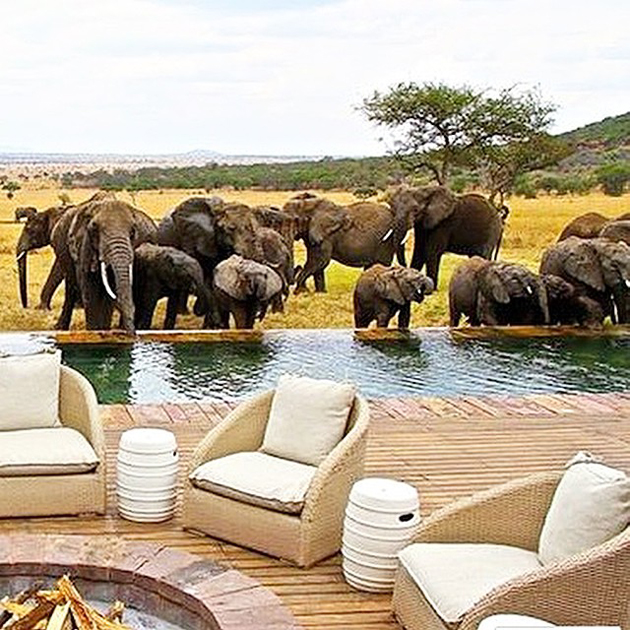 8. So you just settle down post-lunch and think about a dip when along comes a herd of 30 elephants for a drink at the bar. Or, in this case, the pool. Nothing for it but to grab a camera, as Singita Serengeti House guest, Evan Visconti, did. (Aug 2014) 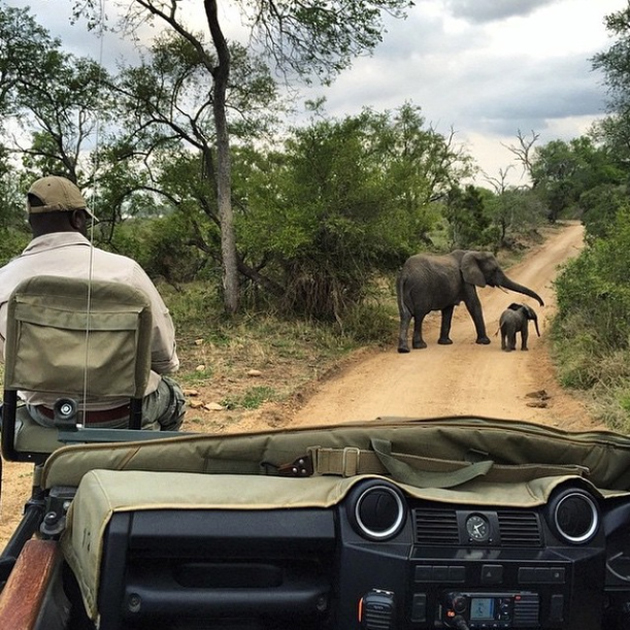 9. View from the comfy seats, as seen by @fatmalfalasi at Singita Boulders Lodge. Put yourself in her seat... (Jul 2014) 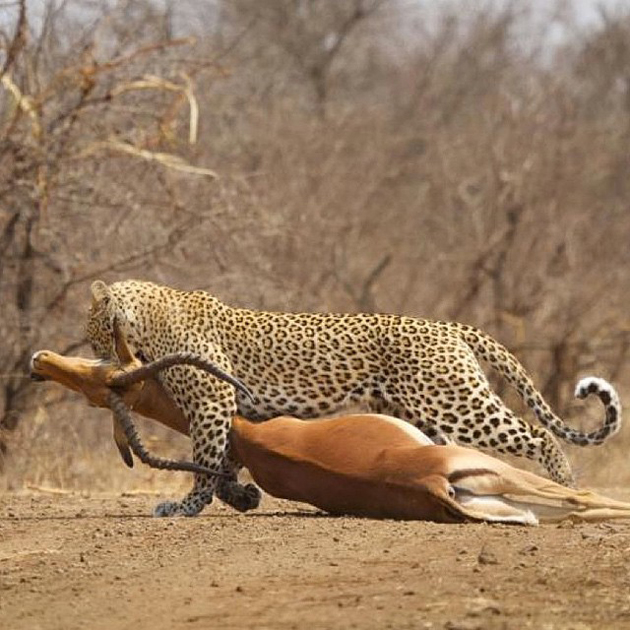 For more spectacular photographs from Singita's lodges and camps, join the roughly 5,300 other Instagram followers on our account. Our guests can also tag their own photos with #OurSingita, so that they may appear on our digital scrapbook - [visit the page](https://www.instagram.com/singita/) to share in their Singita experiences._