The Greatest Show on Earth Has Begun!

Every year, roughly three million plains game traverse the Serengeti in the Great Migration; a spectacular wildlife phenomenon that is affectionately known as the Greatest Show on Earth. The animals typically arrive in Singita Grumeti around May, as the herds move northwest towards Kenya. 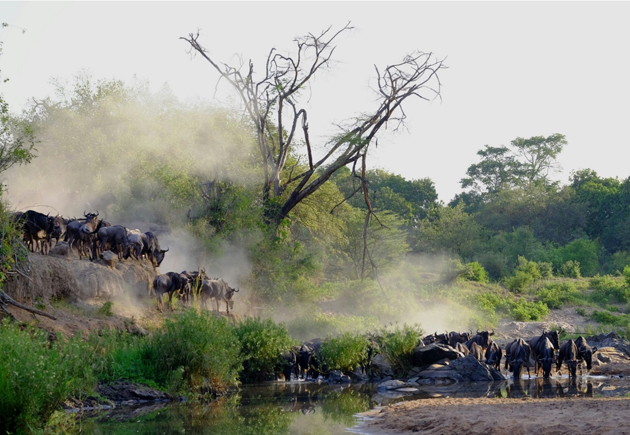 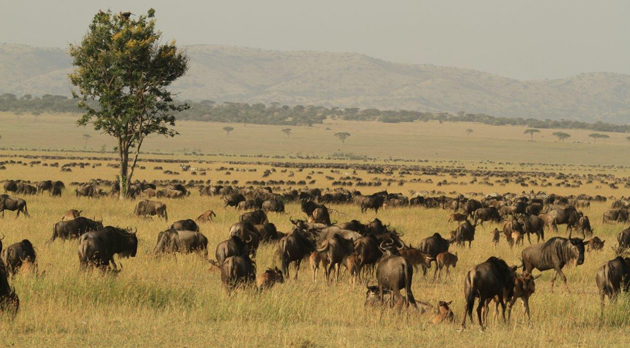 Recent reports from the area indicate a very early migration, as a portion of the wildebeest, zebra and antelope has already arrived. Large herds of wildebeest were first spotted crossing the Grumeti River onto the property last week, and were initially thought to be “strays” who had broken away from the bulk. It only took a few short days however, with thousands more pouring in, for the plains of Sasakwa and Nyati to be overrun by close to 100 000 wildebeest. 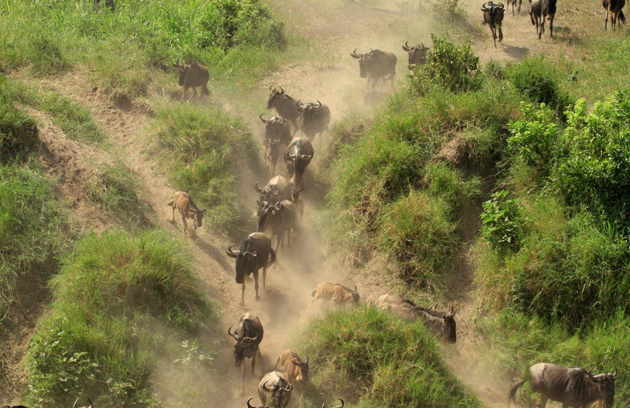 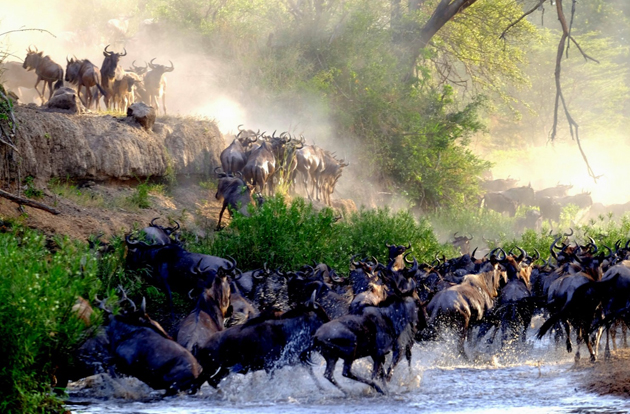 Adding to the fun are the younger calves traipsing alongside their mothers. These calves would usually already be three months old by the time they reached these parts of the Serengeti, as the animals spend the first months of the year on the short grass plains of the southeastern part of the ecosystem where they birth their young. 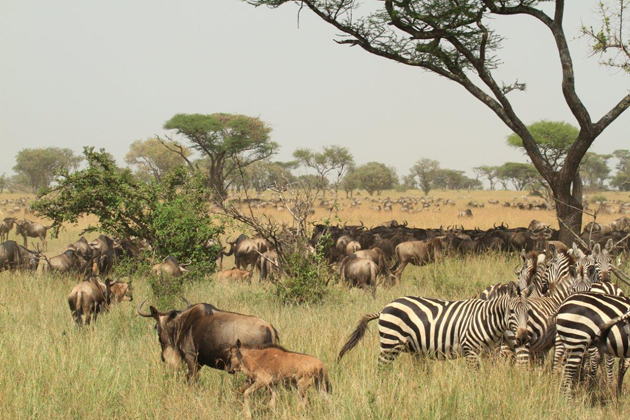 It is speculated that the early migration can be attributed to the dry weather experienced in the southern and central Serengeti this year. The herds have been forced to travel two months ahead of schedule, in order to find fresh grazing – a clear sign of their agility in reacting to environmental conditions. The herds will need to continue on their flexible schedule as there have been no major rainstorms in Singita Grumeti since February, which means that the herd is expected to move on shortly. Subscribe to our RSS feed for the latest news about the migration. You can also see the latest photos on our Facebook page and [Instagram feed](https://instagram.com/singita/), as our field guides post there regularly, direct from the bush._