Seeing Spots in the Sabi Sand

The arrival of the monthly wildlife reports from Singita's five reserves and concessions in South Africa, Zimbabwe and Tanzania is always a highlight for us city slickers. Reading about the seasonal changes in the landscape, an exciting game drive that ended in lion kill, the spotting of a rare and unusual species, and all manner of other animal activity offers a brief but wonderful escape from the daily grind. Last month's field journal from Singita Sabi Sand featured guide Ian Mey's remarkable sighting of one of the reserve's most well-known leopards and her two tiny cubs: 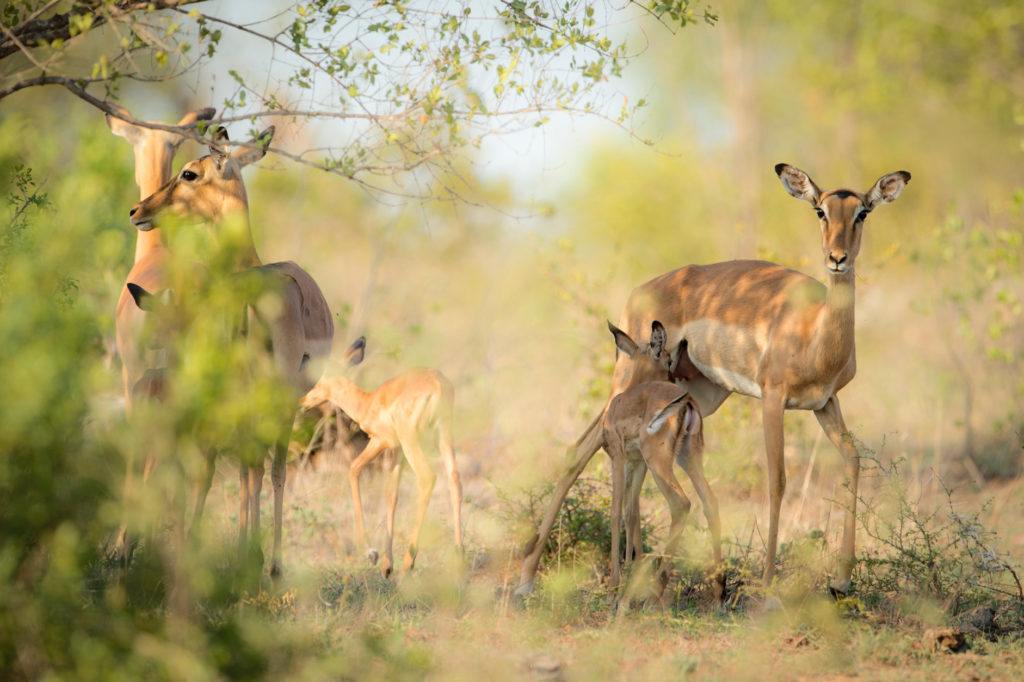 Over the summer months, the African savannah is painted in a palette of vivid greens. Life erupts from between every grain of sand, blossom are in full bloom and life-giving waters flow into every drinking hole. Impala lambs, zebra foals and wildebeest calves are just a few of the regular arrivals in this time of plenty, giving the little ones and their mothers a few months to prepare for the coming winter. 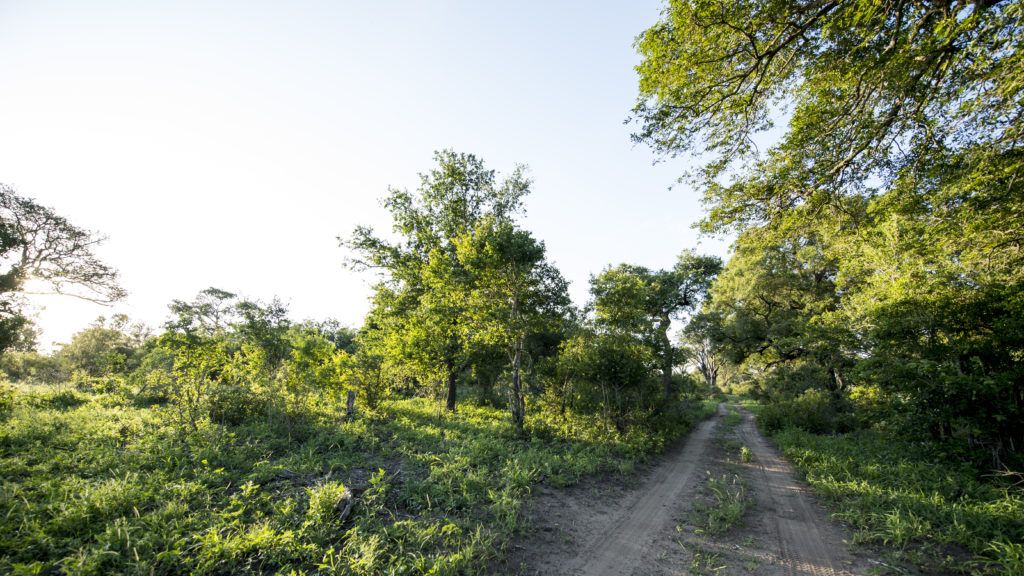 The Hlab’Nkunzi female, a leopard that has her territory around the riverine areas surrounding Singita Ebony and Boulders Lodges, gave birth to two cubs in early December. As with her previous litter two years earlier, she chose a secluded spot on the perimeter of one of the lodges in which to give birth, and we had been waiting patiently for our first glimpse of the newcomers. We were finally rewarded on a damp and gloomy Friday, just a few weeks ago. 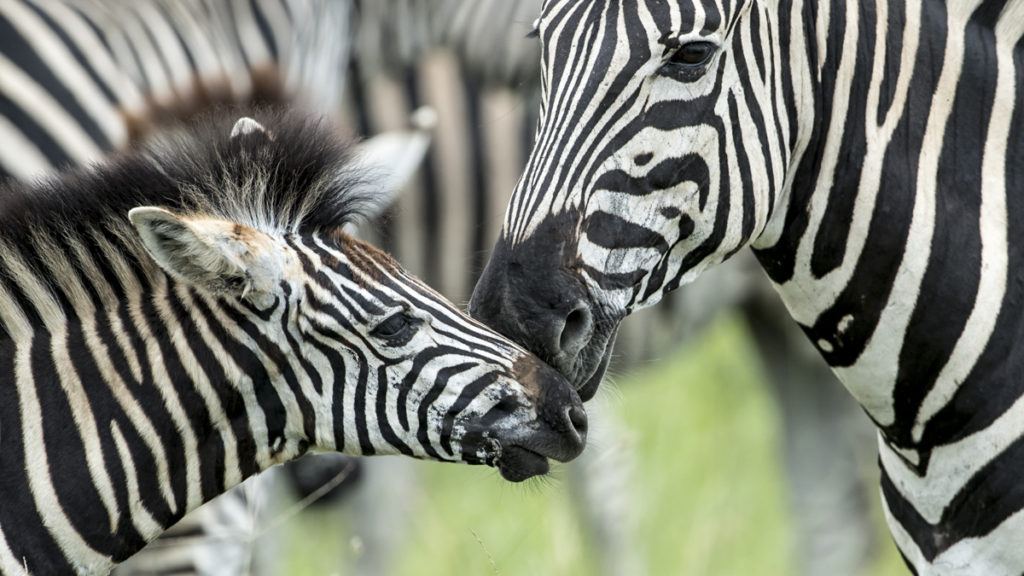 After a morning spent tracking a male leopard, listening to frogs and enjoying the antics of bathing birds, we came across an antelope kill in a tree. The excitement built as we realised we had found the male leopard we had spent over two hours tracking through long grass and woodlands, only he wasn’t alone... his mother, none other than the Hlab’nkunzi female, was with him! We hadn’t seen the two together for many months as he, having been raised to maturity by his mother, was now expected to fend for himself. 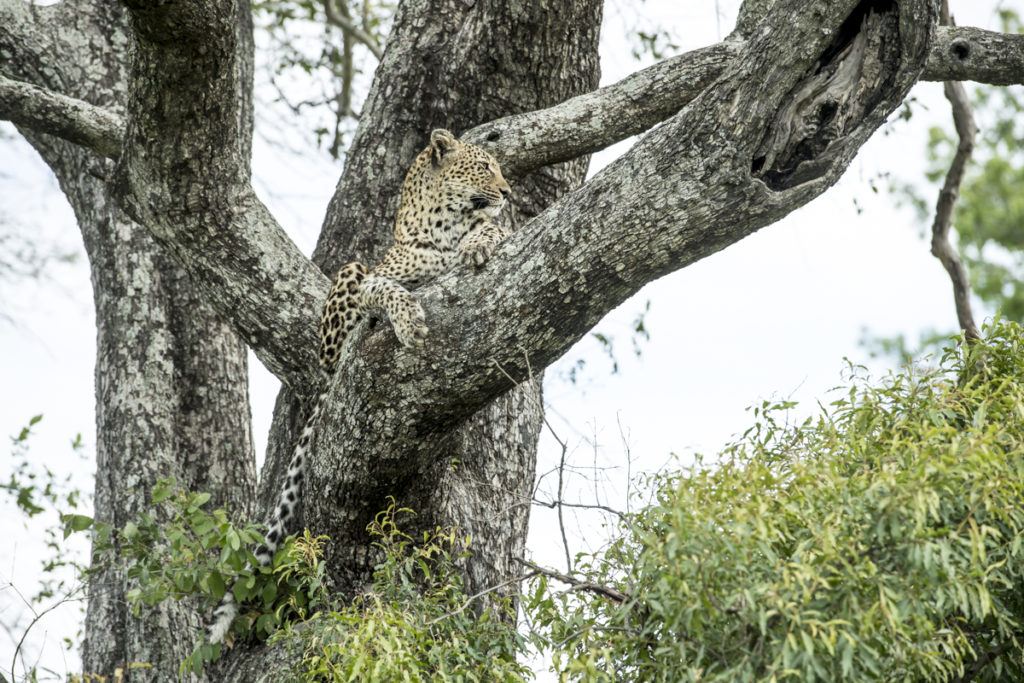 It was evident that she wasn't entirely happy with his presence and we began trying to piece together what might have happened during the night to cause the two to come together. After a brief fact-finding mission, we determined that her son must have been passing through the area when he smelled the carcass or heard something to lead him to this spot; something I was busy explaining to my guests when our tracker, Mishack, began pointing excitedly at a dense patch of foliage in which the weeping boer-bean tree in which the kill had been hoisted. There, with their fluffy, spotted faces and pale eyes peering intently out of the leaves, were two little leopard cubs. 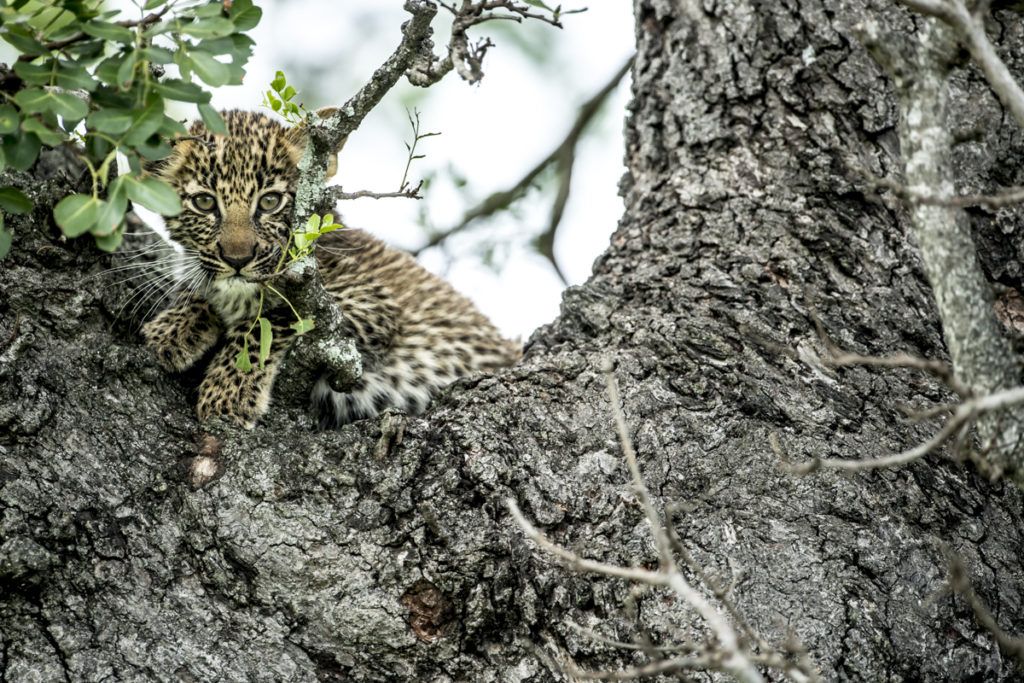 One of the Hlab’nkunzi cubs

After training our binoculars to the spot and watching the young cubs respond to the reassuring calls of their mother and venture out of the tree, we sat and enjoyed arguably one of the finest sightings I have ever experienced. It was a reminder, not only of how privileged we are to be able to see these magnificent animals up close, but of the importance of protecting these big cats and their natural habitat. Singita's conservation focus is important now more than ever as pressure increases on the remaining areas of unspoilt wilderness in Africa. Our 100-year purpose to preserve and protect areas like these for future generations is nothing short of an imperative for the survival of these species and the landscapes that define our beautiful continent. 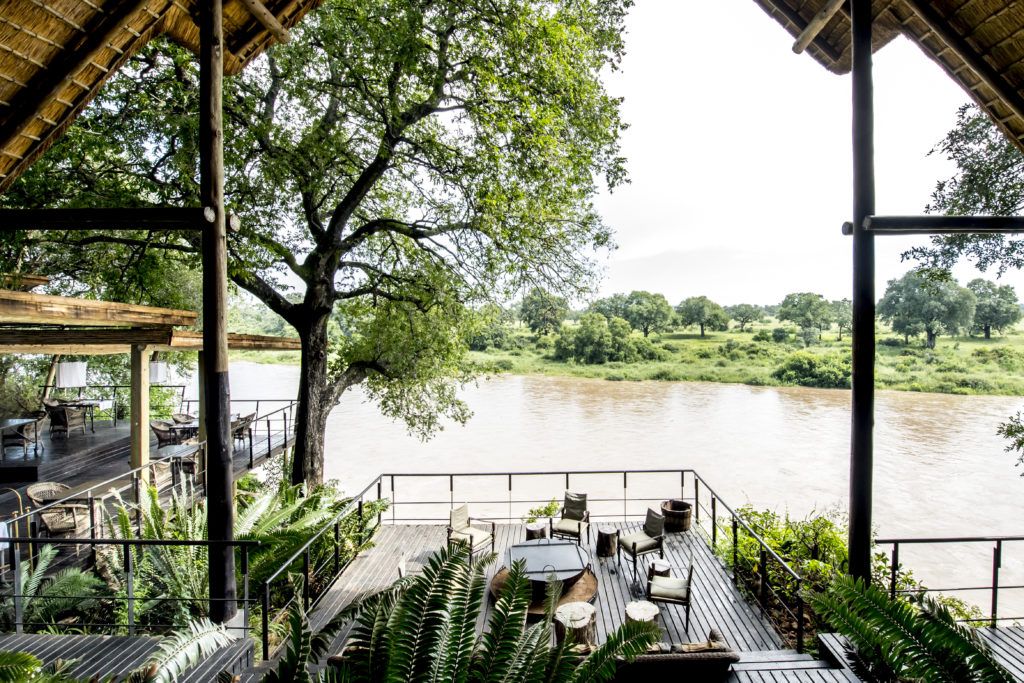 In the weeks since this sighting, the Hlab’Nkunzi female has unfortunately lost one of her cubs; another reminder of the fragility of life. The harsh but wondrous reality of the bush is recorded by our field guides every month in our Wildlife Reports, which, along with our [Instagram feed](https://www.instagram.com/singita/) and Facebook page, gives great insight into daily life in wild Africa._