Cool & Crisp: The Beginning of Winter at Singita Sabi Sand

Honey-coloured mornings and dark orange sunsets, cool evenings, and clear skies filled with stars - this is the start of winter at Singita Sabi Sand. Purchased by the Bailes family 90 years ago, this stretch of pristine wilderness adjacent to the Kruger National Park was transformed into a wildlife reserve in 1948 and became home to Ebony Lodge, the first Singita property, in 1993. The legacy of sustainable conservation established by Luke Bailes and the Singita brand has created a sanctuary for this precious part of South Africa’s natural heritage and offers guests one of the most remarkable safari experiences in the world. 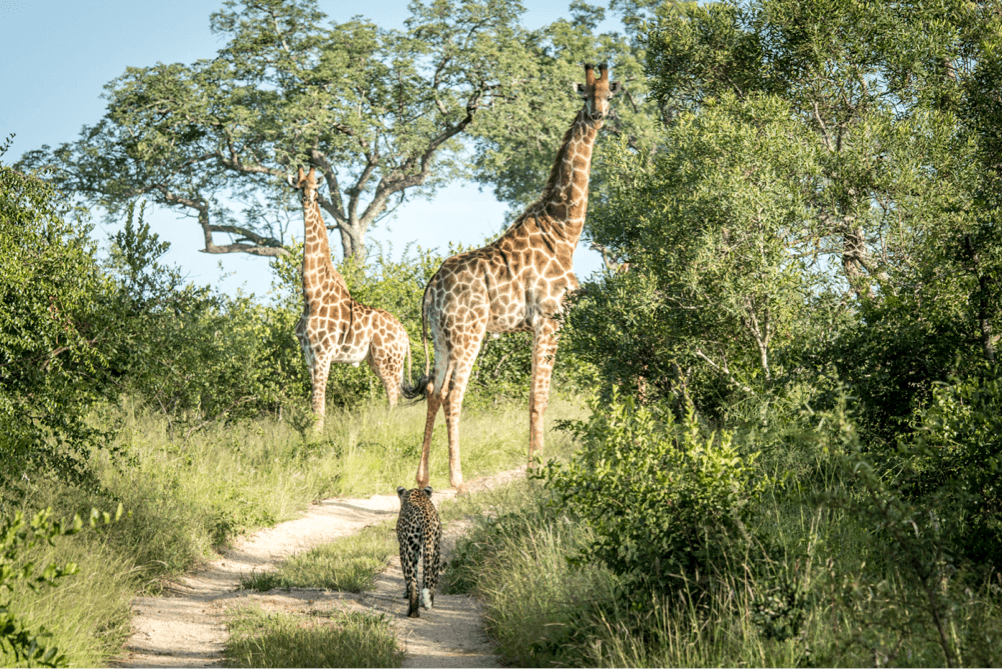 Driving out in the early mornings at this time of year is a delight for the senses, as the cold air brushes across your hands and face, the bush smell is fresh and herbaceous, and the sound of rutting impalas echoes through the valleys. The moisture in the air leaves droplets of dew on every stem and stalk, and birdsong creates a soundtrack to the sunrise. A golden glow is cast across the bush like a blanket, illuminating every corner of the reserve and warming its inhabitants. 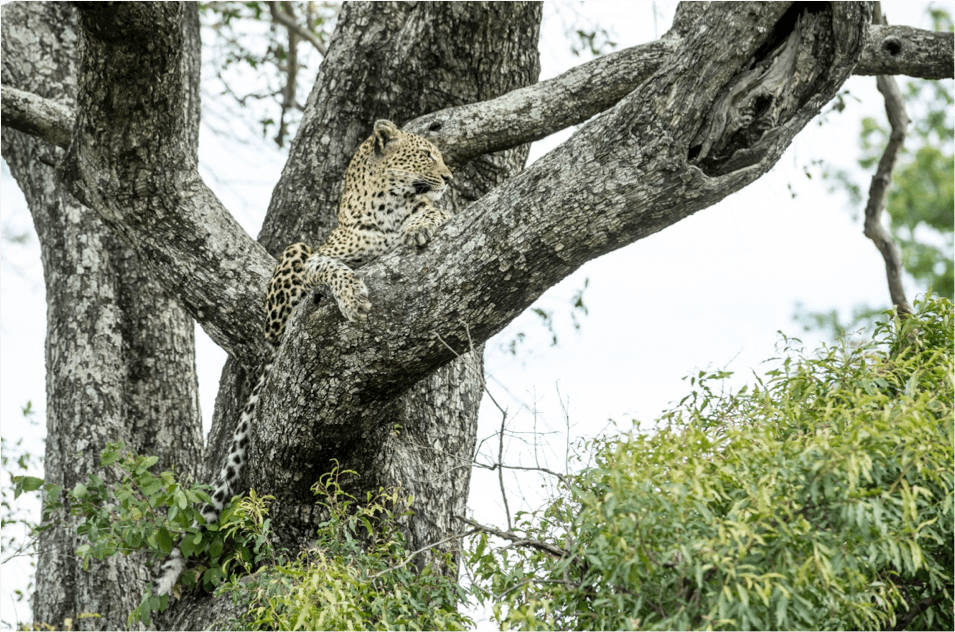 April was another active month for leopard sightings here at Singita Sabi Sand. While the game vehicles were kept at a comfortable distance from the Hlab’Nkunzi female and her five-month-old male cub, she remains well habituated to our presence and has rewarded us with many extraordinary sightings. The Torchwood male has also been sighted recently - a relative newcomer to the region, this leopard originated west of Singita and has explored further east of his normal territorial area, something we hope is a permanent move. On a few occasions, we have seen him in close proximity of the N’weti and Nyelethi male leopards who are in search of territorial ground themselves. This would represent an expansion of territory for the Nyelethi male leopard, while the N’weti male continues his more nomadic patrols of new land. 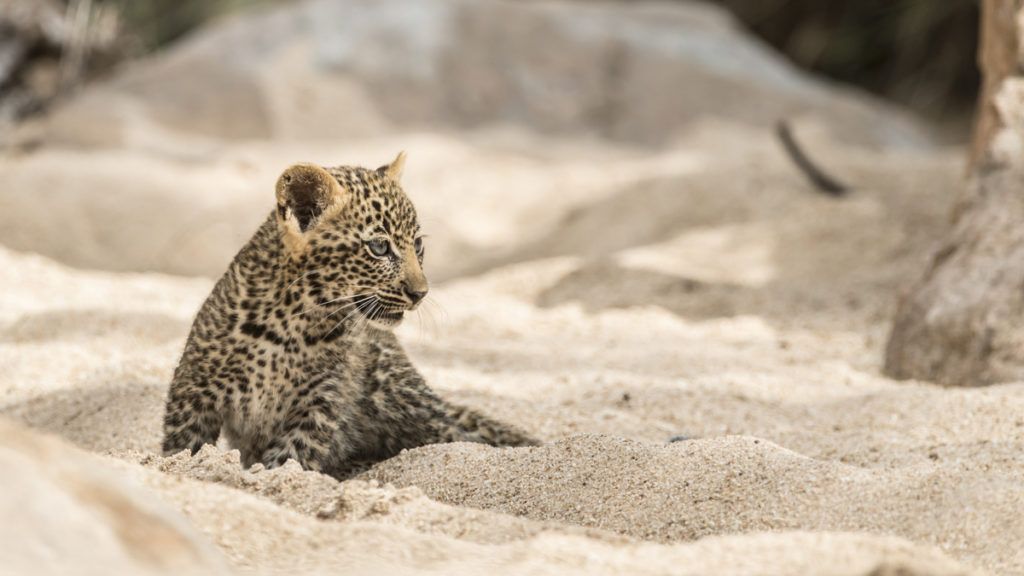 One particularly memorable leopard encounter last month occurred on one of the morning game drives, when a report was radioed in that a leopard had been spotted hunting a porcupine. As you can imagine, these spiky mammals aren't typically top of the menu for big cats, not least of all because of their dangerous quills. Field guide Andries Mohlala set off with his guests to investigate, and soon came upon an unusual sight: a leopard’s tail sticking out of a burrow on the side of a termite mound. Growling could be heard coming from inside the mound and, after a few seconds, the leopard emerged, looked around and went down again. The growling continued until suddenly there was a brief silence before a porcupine shot out of the hole on the other side of the mound.

The leopard followed but without much enthusiasm, and it soon became apparent why. The leopard had a dark object in his mouth and when he stopped a short way from the termite mound, he dropped the object - a baby porcupine - into some long grass. He proceeded to groom his dusty coat for a minute or two, and then made quick work of his prey, swallowing it down in just a few bites. 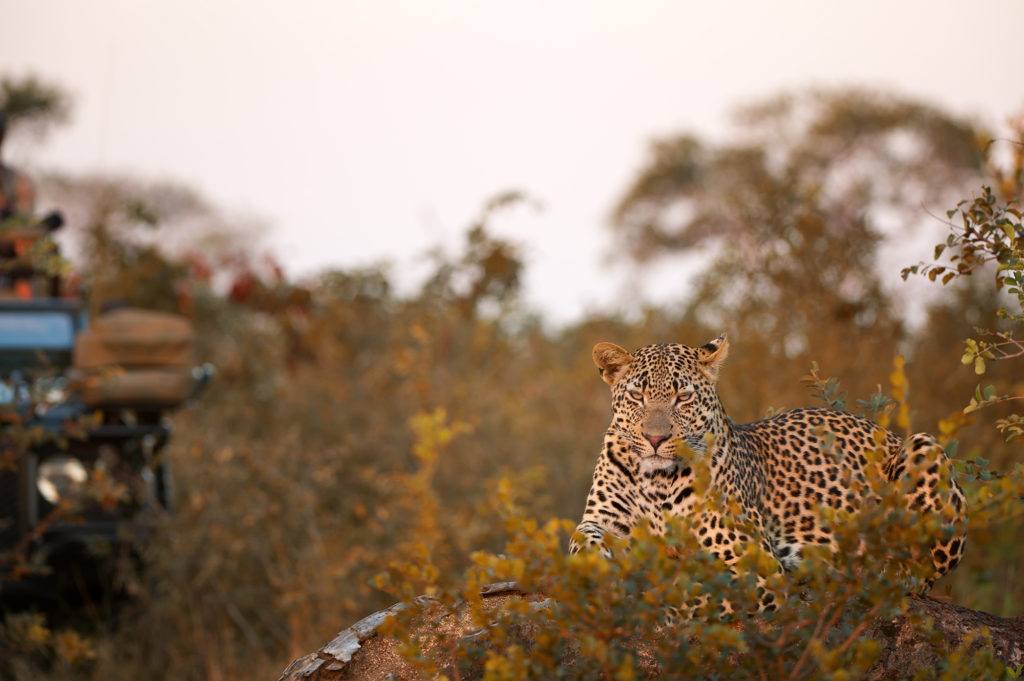 Our monthly Wildlife Reports are written by the guiding teams in each of our five reserves and concessions, and give readers a front-row seat to the highlights of our twice-daily game drives, as well as noteworthy wildlife activity and seasonal changes to the landscape. Singita Sabi Sand is known for its incredible leopard sightings as well as a huge variety of other game, and is cared for by a dedicated conservation team tasked with protecting and preserving the biodiversity of this pristine wilderness. You can read about these conservation projects on our website, or browse the Conservation category on the blog to find out more.