The lush cloud forests that tumble down the slopes of the Virunga Massif are divided by the borders of Uganda, Rwanda and the Democratic Republic of Congo, but together form a 46,000ha transfrontier conservation area rich with plant and animal life. This chain of eight volcanoes - six dormant, two active - is the natural habitat of 60% of the world's 1,004 remaining mountain gorillas; a species which has been poached to the brink of extinction and cannot survive in captivity. The involvement of companies like Singita, who are able to support local government and communities by investing in impactful ecotourism projects in the region, is vital to the success of Rwanda’s conservation efforts. The opening of Singita Kwitonda Lodge on the edge of Volcanoes National Park in August 2019 presents an incredible opportunity for us to contribute to the conservation of these gentle giants. 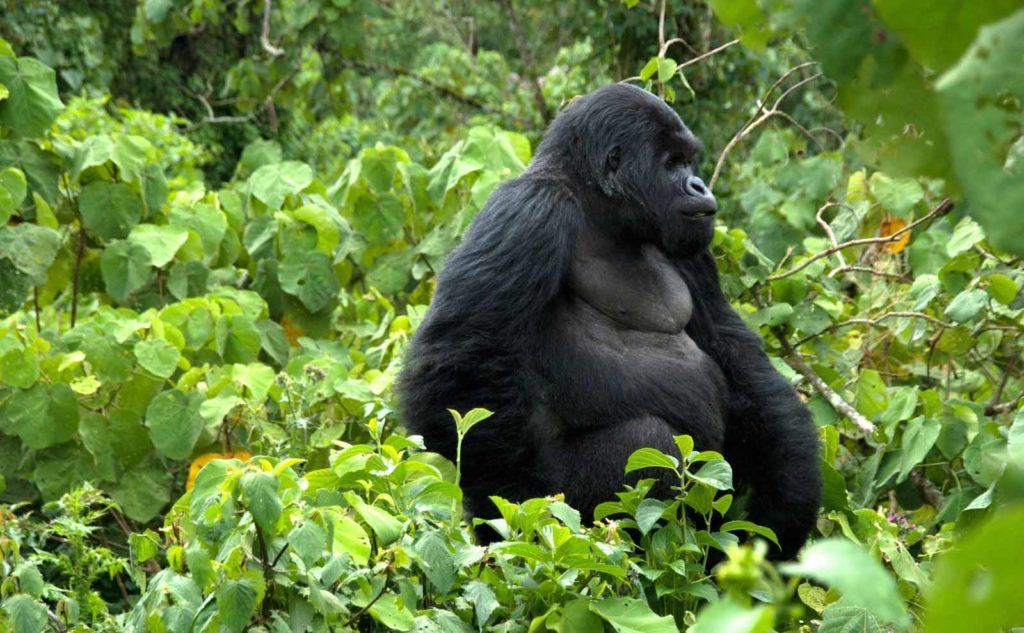 In the 1960s, after more than half of the park had been converted to agricultural plots, the work of the late Dian Fossey drew much-needed international attention to the vulnerability of mountain gorillas and paved the way for the boom in gorilla trekking some 20 years later. By the late 1980s, the sale of trekking permits was the country’s third-largest revenue earner and local communities were reaping the economic benefits of the new tourism industry. Although tourism, like everything else in the country, was interrupted by the tragic 1994 genocide, which put a halt to gorilla trekking for nearly a decade, the resilience and compassion of the Rwandan people saved their culture and their natural heritage from further destruction. The Park officially reopened in 1999 and has since become one of the most popular wildlife destinations on the continent. 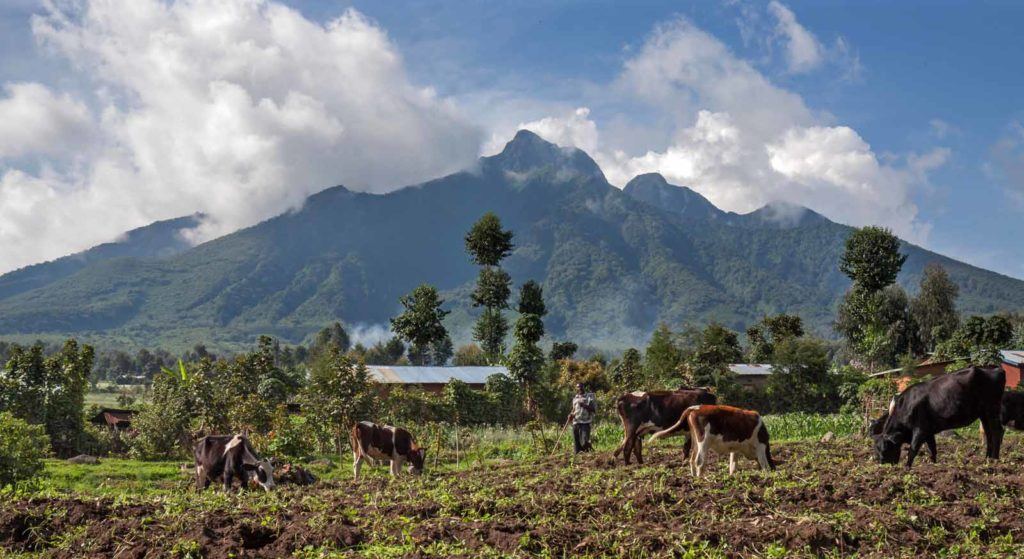 The 178-acre piece of land on which Singita Kwitonda will sit was once part of the park itself, and now forms part of an ambitious reforestation project. It is a plan which epitomises the sense of hope and optimism inherent in Rwanda’s people and is reflected in Singita’s commitment to conservation; a forward-thinking community focused on the upliftment of the whole. As the land in question has been under agriculture for many years, one of the priorities for its inclusion in the park is for it to be rehabilitated and reforested with appropriate local vegetation. To support this initiative, Singita has established an on-site nursery that already holds more than 60,000 plants. 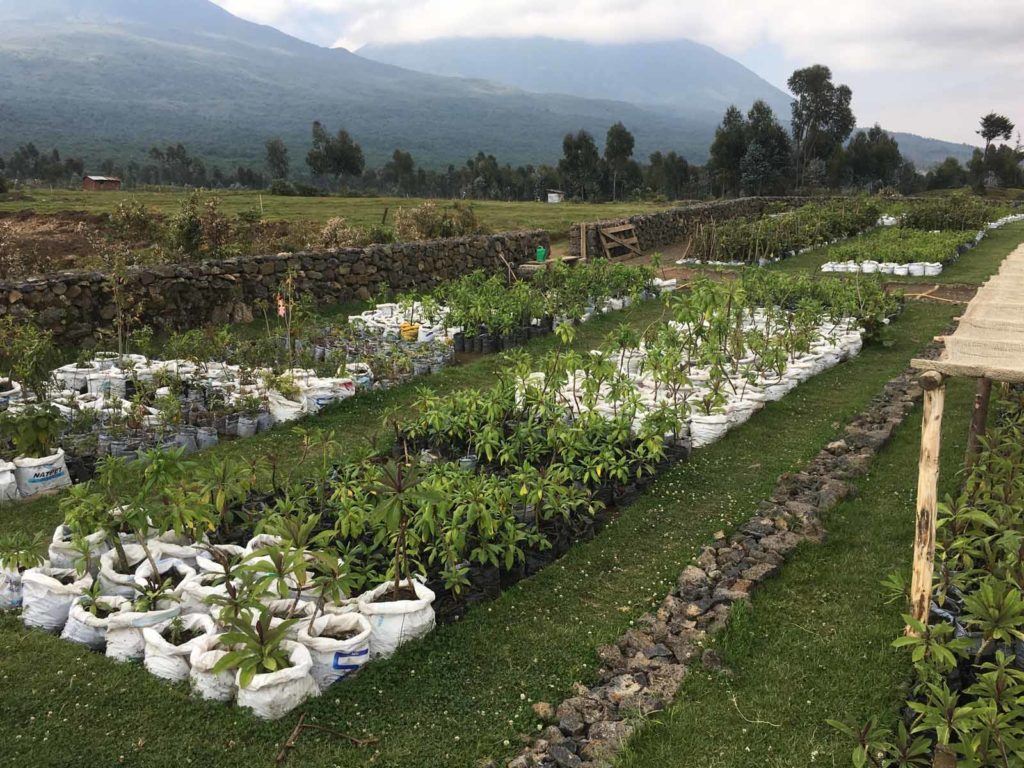 Many of these plants have been purchased from our neighbouring communities, including a co-operative of 71 people running a nursery that we helped to establish, and continue to support through the sharing of skills and knowledge. Whilst large numbers of plants will be used to rehabilitate the land around the lodge, the next phase will require exponentially more specimens, as we scale up to reforest our entire property as well as support the government in the greater park expansion programme. The enormous scale of this reforestation initiative will ensure that the co-operative, and others like it, will be in business for a long time to come, whilst the ultimate success of the programme will be an expanded range and increasing population of mountain gorillas in the park. 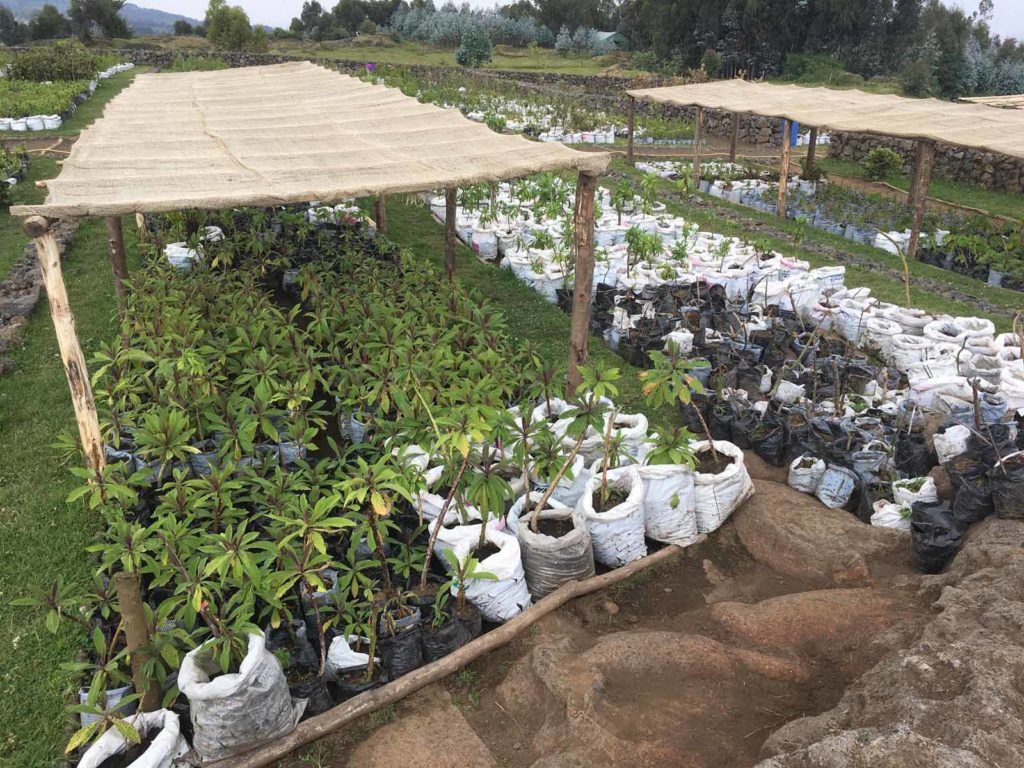 Laying a solid foundation for sustainability in all aspects of construction and operation is another critical element of the establishment of Singita Kwitonda Lodge. This applies to the plant nursery in a number of ways, including the use of indigenous plants and the creation of an irrigation system which will use a significant amount of wastewater from the lodge. As one of three conservation pillars upon which Singita's 100-year vision is built, the harmonious relationship between sustainability and its counterpoints of biodiversity and community are all elegantly encapsulated in the reforestation of this important ecosystem. By working with local communities to restore and maintain the biological integrity of the land in a sustainable manner, Kwitonda Lodge is fulfilling Singita's purpose to preserve and protect Africa's precious wilderness areas for future generations. 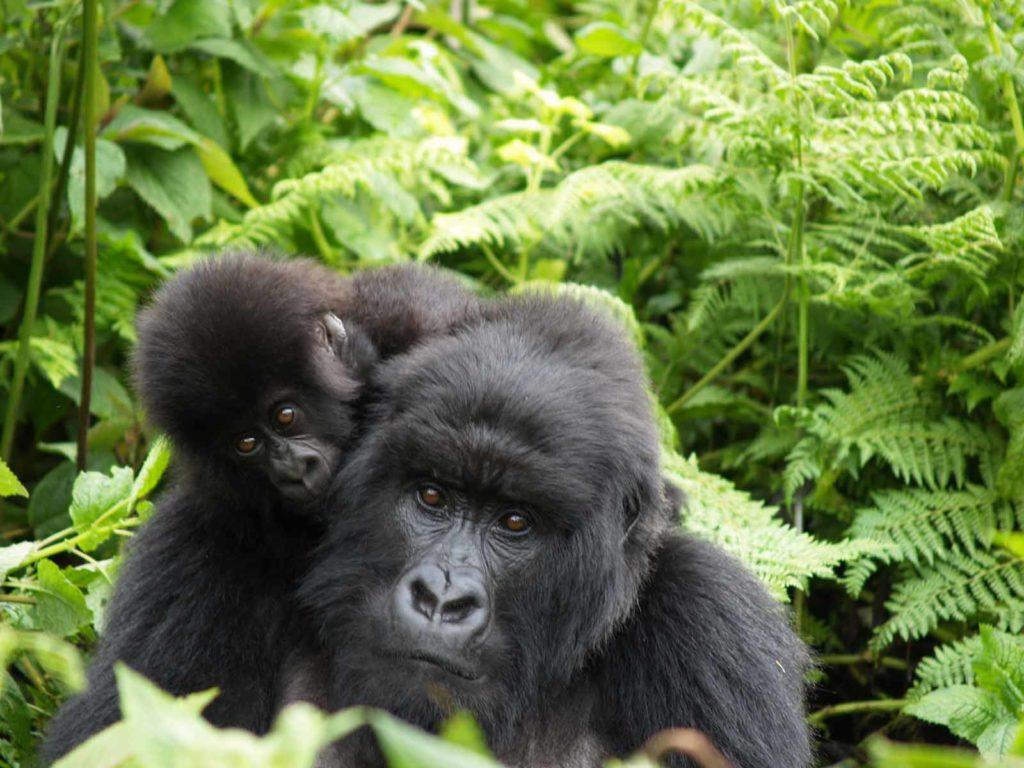 Fundamental to the design of Singita Kwitonda Lodge is treading lightly on the land and therefore sustainability is at the core of the construction project. The architects and interior designers are selecting locally sourced and produced materials for walling, ceilings and surface finishing. Find out more here: Setting the Standard for Sustainability at Singita Kwitonda Lodge »

Set within a landscape of wetlands and lush meadows, there will be eight suites and a four-bedroom villa linked by volcanic rock pathways to a central lodge. Contact our Reservations team to plan your visit to this very special piece of Africa.