The forests and sandstone kopjes surrounding Singita Pamushana Lodge are home to more than 80 known rock art sites with more almost certainly yet to be discovered. These range from single figures to large ‘galleries’ containing multiple paintings, sometimes from different time periods. 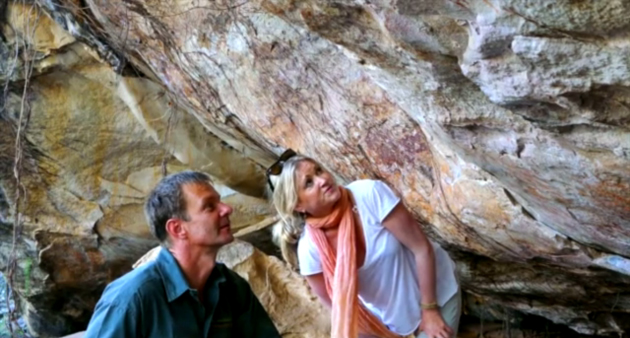 Carbon dating from pieces of charcoal found in sediments at two of the sites suggest that the paintings range from 700 to 2,000 years-old and fall into three main traditions. The oldest are those painted by San Bushmen hunter gatherers who used porcupine quills and bird feathers as brushes, and ochre mixed with blood and dyes from tree-bark as paint. 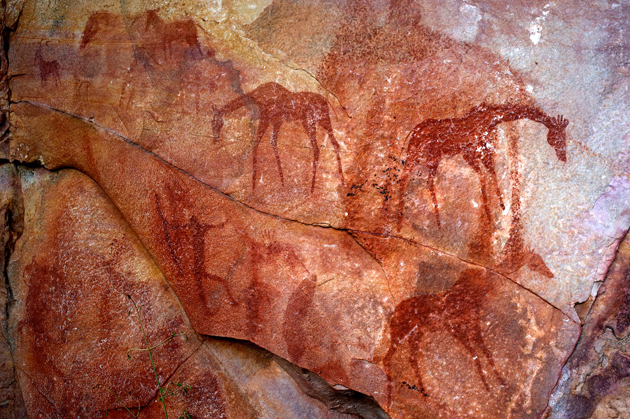 The more geometric spot paintings found in the reserve were painted by Khoi San herders, while finger-paintings, often white in colour, were made by the Bantu-speaking people using ground egg shells as paint. 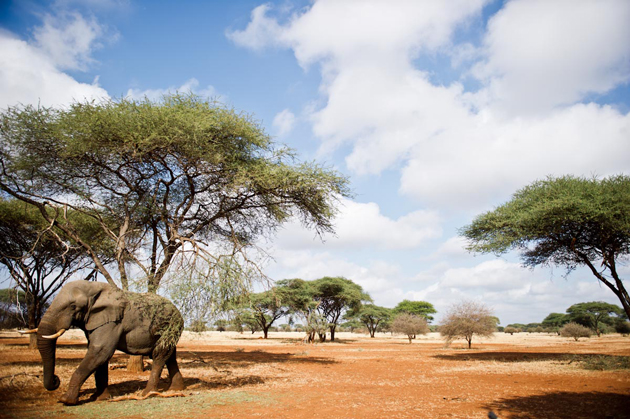 Many of the earliest paintings are figurative and illustrate everyday scenes from the lives of the hunter gatherers who made them. These include hunting scenes and animals like elephant, rhino, zebra and many other creatures of the bush including, most significantly, eland which were sacred to the San and represented rain and fertility. Many rock art experts now believe, however, that the original interpretations of these paintings by the early colonialists were too simplistic. Scenes which looked easy to interpret missed complex underlying meanings, including metaphors for aspects of the San’s strong spiritual traditions that included trance, rain and initiation dances among other rituals. Many scenes on closer inspection show creatures that are half-animal and half-human, for example, and probably depict shamans in a trance state. 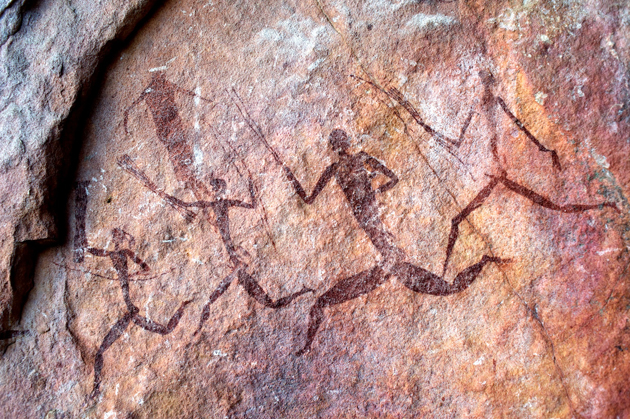 The study of rock art is open to interpretation and the full meanings of these paintings will probably never be known for sure. “The San Bushmen were intensely spiritual people,” says Dr. Bruce Clegg, Resident Ecologist at the Malilangwe Trust. “At the Lisililija Spring site, for example, on one panel there’s a row of people in a trance dance which is connected by a spiritual line to a rainfall event pouring down on a female figure which is a sign of fertility in San belief. It’s one big celebration connecting human people to their spiritual counterparts.”

The San Bushmen are the original hunter-gatherers and one of the earth’s oldest continuous cultures. Guests at Singita Pamushana Lodge can take an educational tour of the best rock art sites in the reserve, including those shown in the accompanying film, and learn about their remarkable way of life. 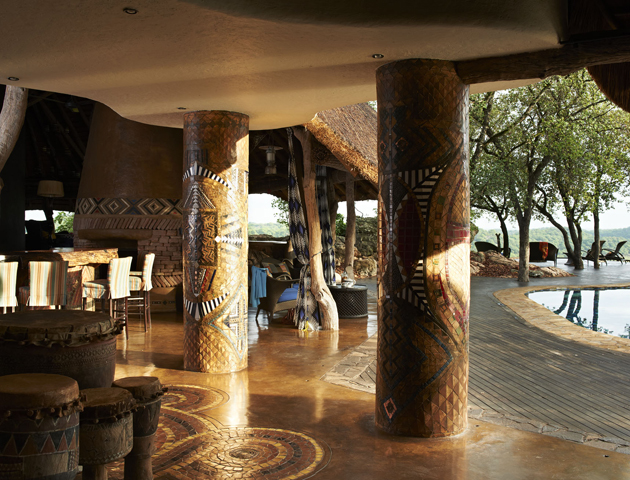 Richard and Sarah Madden are freelance travel writers and filmmakers currently based at in the Malilangwe Reserve at Singita Pamushana Lodge in Zimbabwe. Their series of short films from the region is entitled "Bush Tales" and explores Singita's community development, ecotourism and conservation work in Southern Africa. Richard and Sarah met while producing documentaries for the Discovery Channel and are now freelance and, prior to working with Singita, spent two years in Africa writing and filming the multi-media Bush Telegraph column for the Daily Telegraph.