As part of its ongoing commitment to the local community, Singita Pamushana Lodge provides support across a broad spectrum of projects through the Malilangwe Trust, its non-profit development and conservation partner. 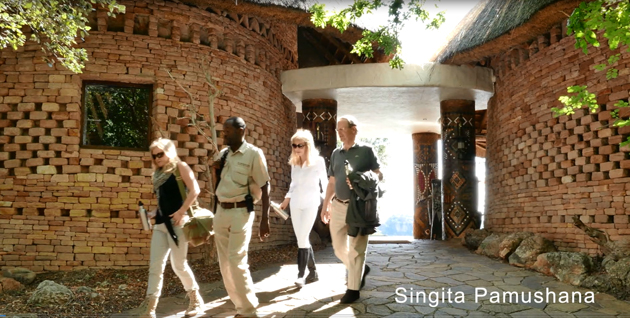 The Neighbour Outreach Programme (NOP) includes a Supplementary Feeding Programme for children up to school age, support for local primary schools and cultural projects which include the fostering of traditional tribal dance at a young age. The Supplementary Feeding Programme began in February 2003 when, after two years of severe drought, Singita responded to the government’s call for assistance. “At that time, many local children were severely malnourished,” says Shepherd Mawire, NOP Project Co-ordinator. “But the programme has since provided additional food and nourishment to thousands of children in the local communities.”

Every day 19 000 children (mostly aged 5 years and younger) are provided with a nutrient rich soya-corn blend. The ingredients are delivered to 436 feeding points and 11 primary schools which are managed by volunteers appointed by the local communities to oversee this core village activity.

The programme not only provides much needed nutrition, but also helps the children realise their educational and developmental potential by ensuring that hunger does not get in the way of their ability to concentrate and learn during the school day.

The NOP also supports the local primary schools in the form of much-needed extra stationery and books while working with the community on other projects agreed with them. A pilot scheme that will provide honey from bee-hives has been launched and there are five kitchen garden irrigation schemes growing nutritious, fresh vegetables which are otherwise in short supply.

One of the NOP's most important cultural initiatives is in providing musical instruments, costumes and regalia for the primary school children who compete in the national tribal dance competitions held annually in August.

Sarah Madden asked more about the motives behind the programme - “We want the children to learn about their Shangaan cultural roots,” says Shepherd. “We want the cultural soul to survive into the next generation and to do that we need to start at the grass-roots primary school level. We want the children to know that despite our modern technological world, this was how it was done in the past. It’s all part of our mission to empower and support the local community.”

Richard and Sarah Madden are freelance travel writers and filmmakers. Richard has written for the Daily Telegraph (UK) for more then 20 years and met Sarah while presenting documentaries for the Discovery Channel which were produced by Sarah. Prior to working with Singita, the couple spent two years in Africa writing and filming the multi-media Bush Telegraph column for the Daily Telegraph. The column includes reports on safaris, wildlife conservation and community stories from all over southern and eastern Africa.

You can read their previous report from Singita Malilangwe here.

This film was shot on a Leica V-Lux (www.leica-camera.com)