Every month, our field guides write a Wildlife Report which details the previous few weeks' animal sightings, as well as notable birds and plants, rainfall in the region and changes in the landscape. The most recent submission from Singita Pamushana Lodge field guide, Jenny Hishin, included the details of a thrilling encounter with some of the most exciting things you can see on game drive: predators on a kill, endangered species and a member of the Big 5! Here is her account of that exhilarating morning in the bush: 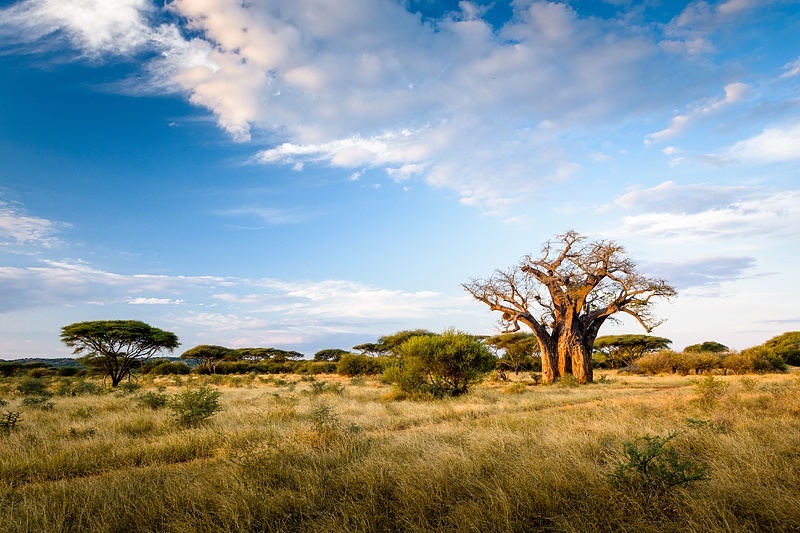 It's pitch black when I set out alone at 4am, with a needle in a haystack hope of finding African wild dogs in one of their many preferred hunting areas. I'm bumbling along at a snail's pace, drive around a gentle bend and am faced with an airborne impala flying through the air directly toward me in the vehicle - and a wild dog snapping at its hocks. I reflex brake, swerve, and brace myself as the impala lands in front of the vehicle and clips the edge of the tracker seat. It falls and is stunned by the impact, I'm stunned by the horror, and the wild dog is standing there in the road stunned by its good luck. 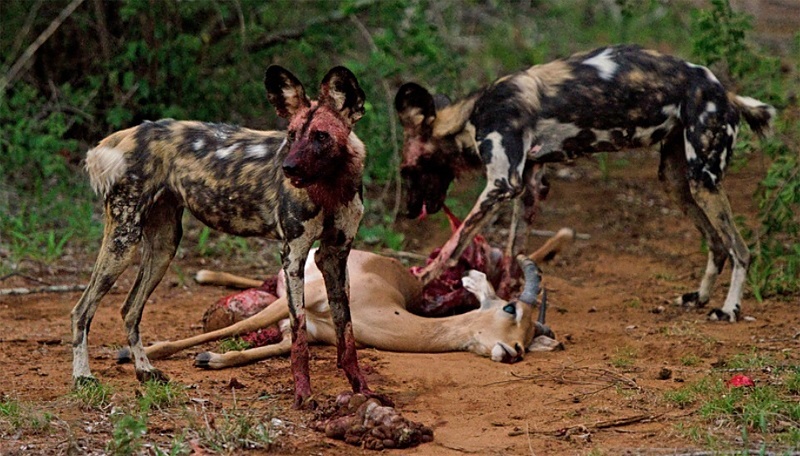 All three of us look at each other in confusion. Then we remember our roles of predator, prey and photographer. The impala gets up again and trots off into the thickets. The wild dog, that was a second away from catching it, gives chase. Its hunting partner appears and closes in on the scene and together they catch it in thick bush about five metres in from the road. I wait on the road until I'm sure they've killed, then go in to the thickets and watch them feast on their kill. A few minutes later the rest of the pack arrives and the commotion is awesome. A hyena materialises to try its luck and is severely reprimanded. 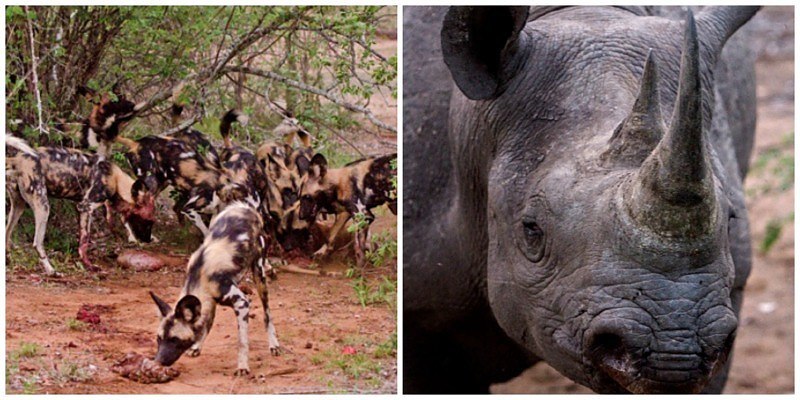 My heart is racing as I'm frantically photographing this whole scene in low pre-dawn light. Now I can hear a strange crashing about behind me and think there's possibly an elephant in the area. I'm standing straddled between the foot well and passenger seat, so lift my eye from the viewfinder and turn to look over my shoulder at what on earth could possibly be going on now - and am faced with the horn of a black rhino closing in on my bumper! It's clear that the black rhino would like to know what this large 'beast' is that has crashed into its territory. The hyena is bouncing around irritating the rhino, so the black rhino starts galloping after it in a circle around the vehicle! Then once it has seen off the hyena it returns four times to investigate me, coming right up to the vehicle, only a few metres away, before galloping off in disgust each time.

Finally it settles down, and seems to listen to the sounds I make as I speak to it in calm, soothing tones. In the one photo you can see the front bumper of my vehicle with the attentive rhino in front of it and a couple of the wild dogs resting in the sand after eating their fill. Fortunately I was able to radio one of the other guides who had guests, as they left the lodge after sunrise, and they too were able to witness the last few minutes of the wild dog pack finishing the kill. 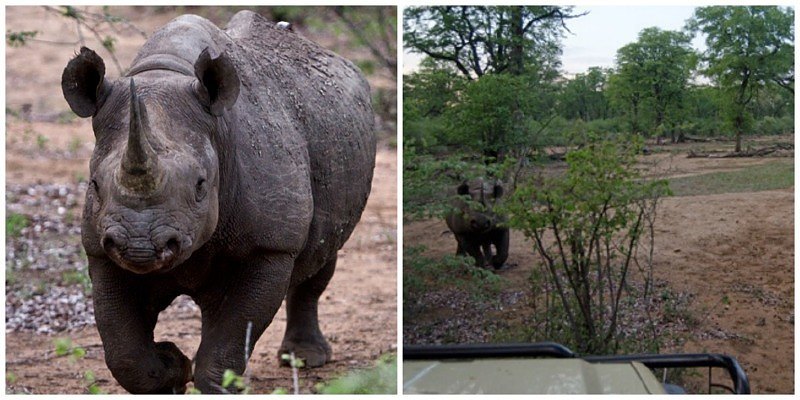 You can read the full Wildlife Report from Singita Pamushana in Zimbabwe here, and catch up on the journals from our other regions on our website.