Most safari enthusiasts who have spent some time out on game drive will be familiar with the sight of a small, furry creature darting into the undergrowth as the vehicle trundles down the path. Usually seen as a brown blur out of the corner of one's eye, the banded mongoose is easily identifiable by the distinctive stripes along its back. They have long claws on their front feet which are used for digging up insects, especially beetles and their larvae, and they eat an array of fruit, meat and other morsels.

Banded mongooses live in mixed-sex groups of roughly 20 animals and sleep together at night in underground dens (often abandoned termite mounds) and change dens every 2-3 days. The females tend to breed all at the same time, giving birth within hours of each other to litters of 2–6 pups. The young stay in the den for their first four weeks of their lives, being carefully guarded by a adult caretakers while the other pack members forage for food. All the pack members take care of the pups, the mothers suckle each other's offspring indiscriminately, and each young pup has an adult "escort" that catches prey for it. 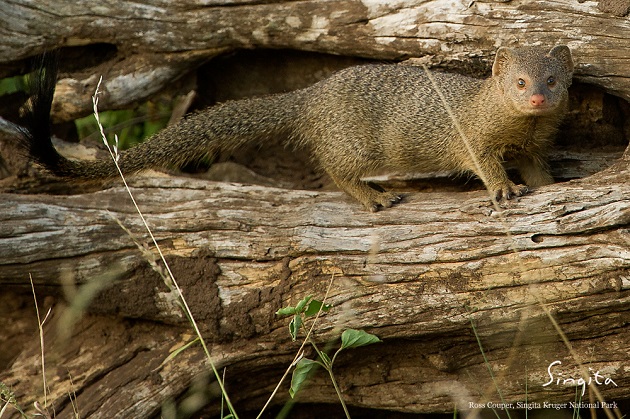 Collective noun options for mongooses include 'business' and 'rush' - both referring to the frenetic pace at which they go about their daily search for food, relying mainly on their acute sense of smell. They are also known for their constant, high-pitched chatter; chirps to keep in contact with their family, sharp chittering for sounding the alarm, delighted squeaks upon finding food and even soft purring sounds of contentment. 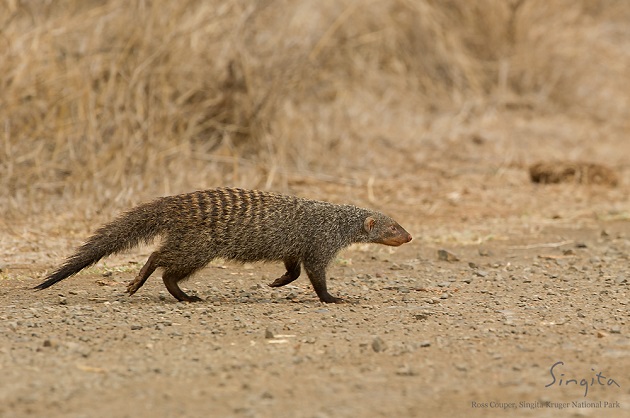 Animal lovers will be fascinated by our monthly Wildlife Reports, which comprise stories and information like this. They are written and photographed by our field guides from across our concessions in South Africa, Tanzania and Zimbabwe.