Long before we reach the end of the dusty track, I can hear the barking. A cacophony of yelps; the excited shouts of dogs eager to run. And, perhaps more importantly, eager to work. 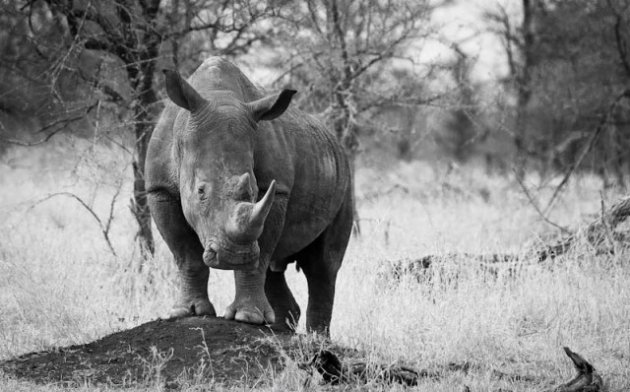 A short drive from Singita Boulders Lodge in the Sabi Sand Reserve, a humble collection of farmhouses and large fenced enclosures forms the frontline of Singita’s impressive anti-poaching efforts in this conservancy bordering the famed Kruger National Park.

Rhino poaching has become one of the most pressing conservation issues of the century, and in 2012 Singita took the bold step of employing a highly-skilled team of dog-handlers to ramp up anti-poaching patrols on Singita’s 45 000 acre concession within the Reserve. Patrols are conducted 24 hours per day throughout the year, come rain or shine.

“We are unique in that we use different breeds of dogs for different purposes,” explains Conraad de Rosner, Director of K9 Conservation, which runs the anti-poaching unit (APU). “Belgian Shepherds are well-adapted to the warm climate of the Sabi Sand and are used primarily for tracking suspects and firearms, which becomes critical if you want to link a poacher to a weapon that’s been discarded.” 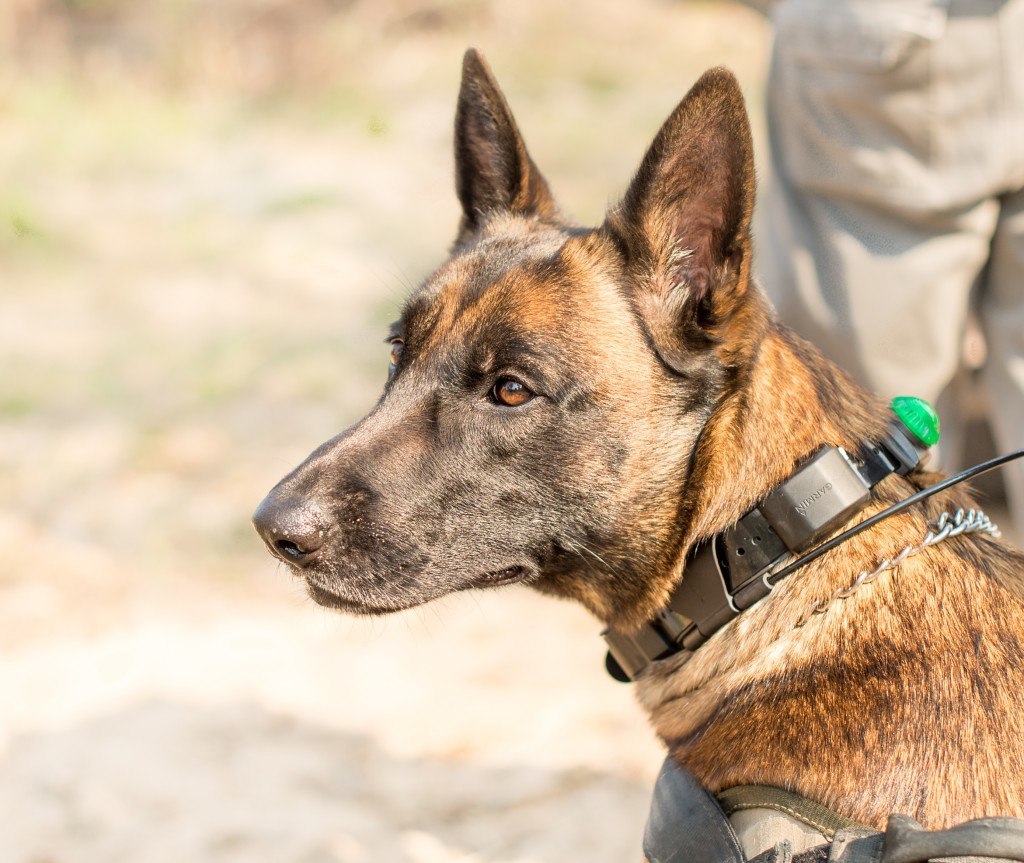 Also in the kennels are sharp-nosed Weimaraners, a hunting dog used in Germany for centuries to track boar and elk. In the Sabi Sand Reserve, it’s the scent of elephant and rhino that their noses are keenly attuned to.

While the dogs are an intimidating presence, the focus is firmly on avoiding any physical conflict with poachers, says Conraad: “We don’t want our dogs to get injured. It takes years of training to get each dog to the level we require, and while engaging suspected poachers is part of the training we rather place the emphasis on searching for and identifying suspects out in the bush.”

Aside from the highly trained dogs, key to the success of the anti-poaching efforts is keeping the team’s strategy under wraps. “Everything’s fluid, there’s no procedure that’s set in stone. We never tell anybody when we do shift changes or move people around,” says Conraad. “We proactively patrol 24/7, covering as much ground as we can. We usually deploy a vehicle to an area, but we also patrol on foot. We also have teams that will camp out in the field for a week or two at a time. They go out with their dogs, their food, tents, water… everything they need for their deployment.”

The teams are well equipped too. Bulletproof vests are standard-issue for both human and canine patrollers, while night vision goggles and thermal cameras help to track poachers in the inky black of a bushveld night. “But we’re not a happy-go-lucky outfit,” Conraad is quick to point out. “We’re highly-trained, professional and we always act within the law. But we do our job very effectively and we’re a formidable force. And the poachers know it.”

Conraad and his team also work closely with the South African Police Service and specialised Organised Crime Units dedicated to the fight against poaching in the region. There is also broad co-operation with anti-poaching units operating on neighbouring concessions within the larger Sabi Sand Reserve.

And the results speak for themselves. In 2014 alone poachers in South Africa killed more than 1200 rhinoceros: one rhino every eight hours. In contrast, on Singita’s Sabi Sand concession watched over by Conraad and his team of dogs and handlers, in two years just a single rhino was lost. 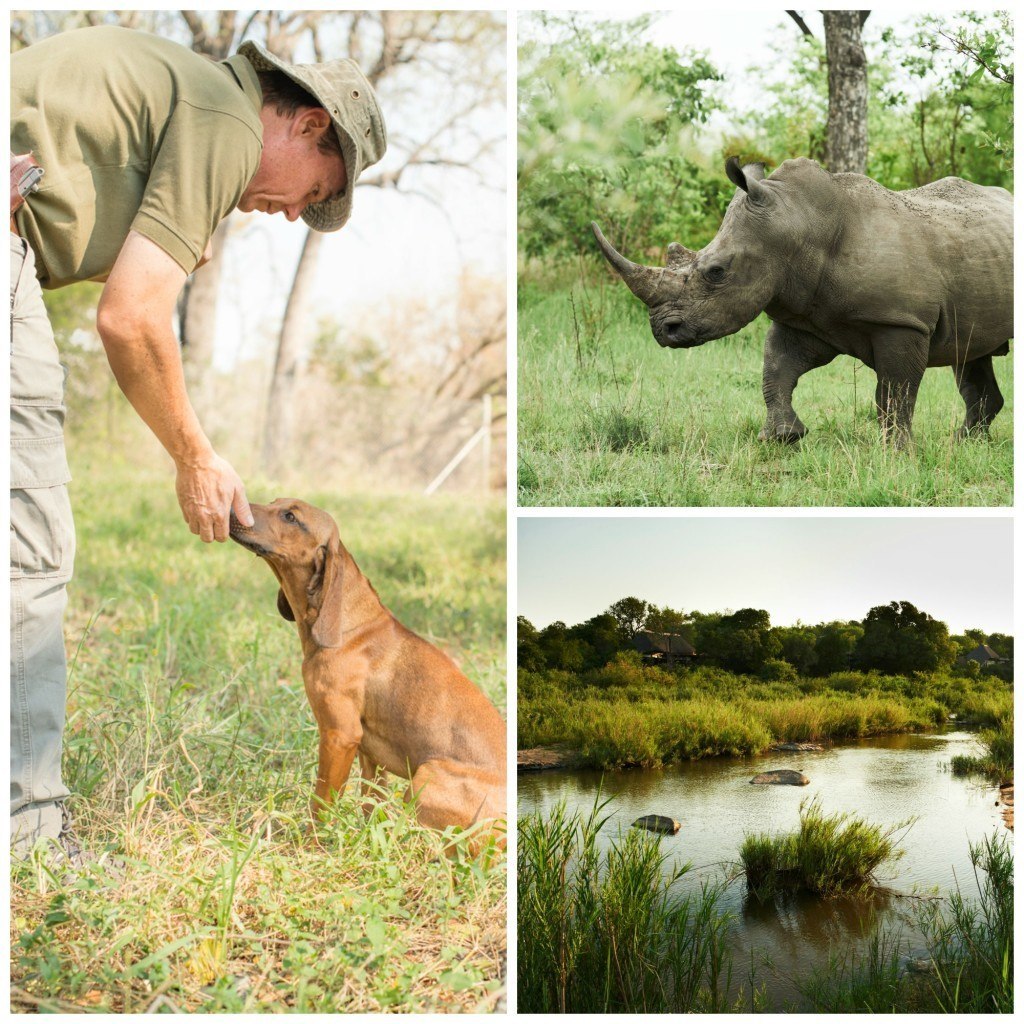 As the sun sets another team is deployed for the night. With any luck it will be a quiet night and the poachers will have given Singita Sabi Sand a wide berth.

Singita's conservation efforts are at the core of the company's objectives and operations. The hands-on conservation teams on each property go above and beyond land rehabilitation, maintenance, wildlife monitoring and fencing security, to initiating effective and innovative anti-poaching methods, research, wildlife re-introduction, preserving invaluable San Rock Art sites and working on conservation issues beyond our boundaries. Find out more on our website.