Rhino Conservation: Your Donation Could Help Save a Species

We are helping our conservation partner in Tanzania, the Grumeti Fund to raise $500,000 to support the next translocation of eastern black rhino to the Western Serengeti - but we can't do it alone. For as little as $5, you have the opportunity to make a difference that could define the future success of an entire species.

Two years ago, the Grumeti Fund made a commitment to bring black rhino back to the Serengeti ecosystem. Since Eric’s translocation in 2018, the Ikorongo Black Rhino Re-establishment Project has successfully translocated ten rhino who now live wild within the Singita Grumeti reserve and are the founding members of a population that offers new hope for a species on the verge of extinction. 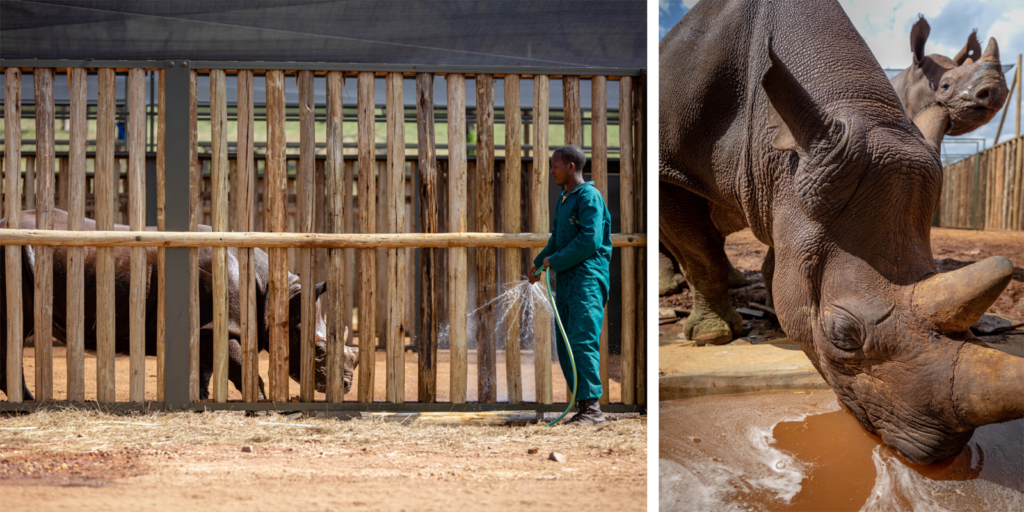 We are raising funds to support the next phase in the project - the reintroduction of a further five rhinos to Singita Grumeti. It is a complex and extremely costly operation that involves meticulous planning and the tireless support of vets, government agencies, NGOs, logistics personnel and volunteers, not to mention the essential funding provided by generous donors.

We aim to raise $500,000 towards the international translocation of more black rhino to the Western Serengeti and need you to help us make a difference. No contribution is too small - whether you are able to donate $5 or $5,000.

Where will your donation go? Every penny raised will go toward the planning, infrastructure, security and technology required to ensure that our grandchildren, and their's, will get to see black rhinos roaming free in the Serengeti long after we're gone.

HELP US BRING MORE RHINOS TO JOIN ERIC IN TANZANIA

Eight-year-old Eric was the first eastern black rhino to be brought home to the Serengeti by the Grumeti Fund. Donated by the San Diego Zoo Safari Park, he arrived on the 11th of September 2018, joining one female (known as Laikipia) already residing in the 276-hectare Black Rhino Intensive Protection Zone. His epic journey involved multiple trucks and cargo planes and stops in five different countries during 68 hours of travel time before touching down in Tanzania. Eric then underwent what is now a tried-and-tested trickle exposure process where he was gradually acclimatised to all facets of living in the wild. This naturalisation equips the rhino with the skills to thrive on their own in the wilderness and weans them off any dependency on humans.

One year later, Eric was joined by nine more rhino in the largest ever translocation of rhino into Tanzania. This breeding cohort from South Africa are all descendants of eastern black rhino that were removed from East Africa by conservationists in the 1970s to safeguard the subspecies during the first rhino poaching crisis. Their number now accounts for 10% of all the eastern black rhino in Tanzania, with less than 800 remaining in the wild in total. The significance of the genetic potential of the five cows and four bulls in this group is profound.

The next phase in the project is the reintroduction of a further five rhinos to Singita Grumeti. It is a complex and extremely costly operation that involves meticulous planning and the tireless support of vets, government agencies, NGOs, logistics personnel and volunteers, not to mention the essential funding provided by generous donors. 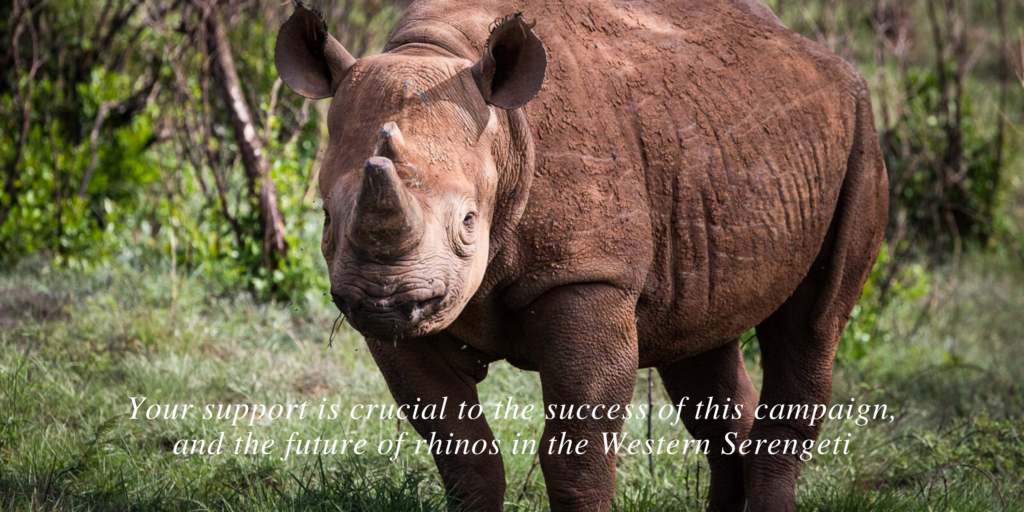 To give the Grumeti Fund a fighting chance at turning the tide on this conservation crisis, please consider sharing the message of Eric and his friends with those in your network. Simply send them a link to this page and encourage them to join Singita, the Grumeti Fund and its partners in the Ikorongo Black Rhino Re-establishment Project to bolster the Tanzanian rhino population and ensure genetic diversity for one of Africa's most iconic animals.