Help Us Give Rhinos a Fighting Chance

The vast Singita Grumeti reserve in Tanzania is a sweeping 350,000-acre wilderness that is home to innumerable African wildlife, including the millions of animals that make up the Great Migration, which passes through the region every year. Despite the abundance of other wildlife, you would have found it hard to locate any eastern black rhino living in the wild here – until now. Thanks to the foresight and determination of the Grumeti Fund, this disruption to the natural balance in the western Serengeti and the potentially devastating ecological consequences of their absence is being addressed. 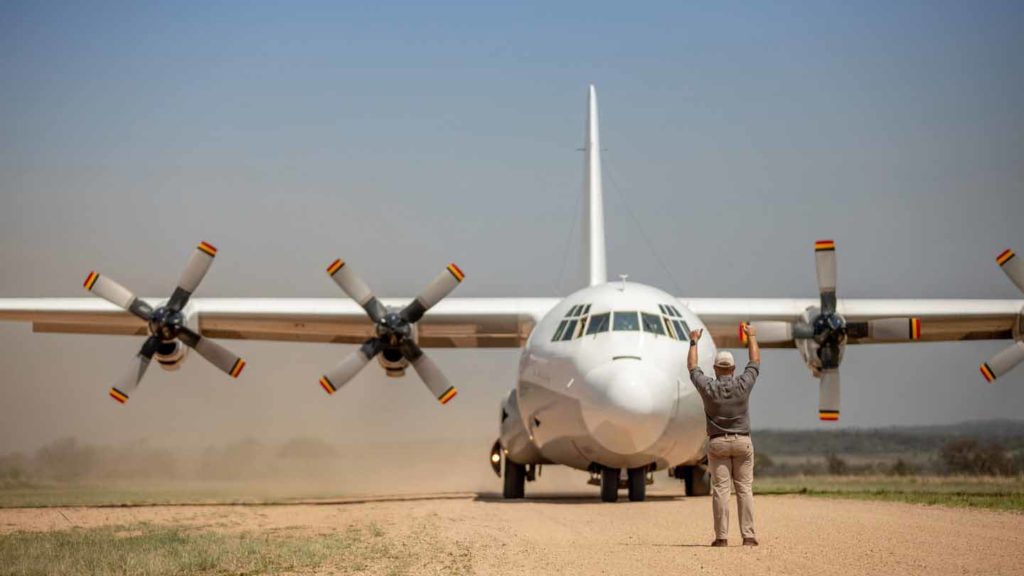 The Grumeti Fund – our non-profit conservation partner in Tanzania – has made a commitment to bring black rhino back to the Serengeti ecosystem. Last year, they were responsible for the largest ever translocation of rhino into Tanzania, increasing the national population by almost 10%. The newly-introduced breeding nucleus of rhino haved formed a new satellite population which now roams the undulating grasslands of Singita Grumeti, where they are closely monitored by the Grumeti Fund's extremely sophisticated, high-tech anti-poaching unit. The hope is that this success will allow for more introductions of black rhino into the area, completing a new founder population of 15 – 20 rhino, that will ideally breed and disperse throughout the ecosystem, bolstering Tanzania’s entire black rhino population and contributing to the diversification of the local gene pool. 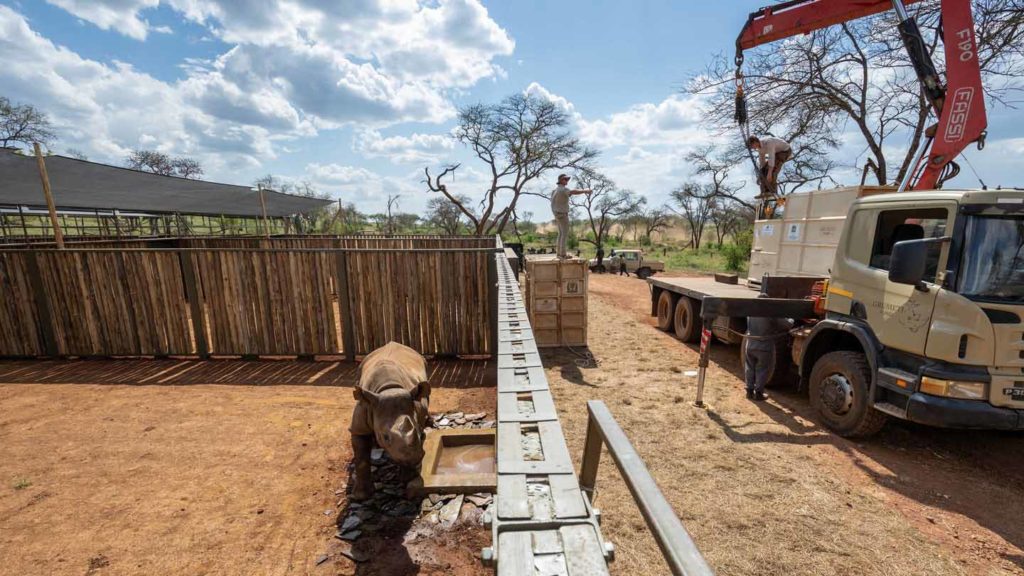 WE NEED YOUR HELP! We are working to raise $500,000 to support the next translocation of eastern black rhino to the Western Serengeti – but we can’t do it alone. You have the opportunity to make a difference that could define the future success of an entire species.

The relocation and protection of the eastern black rhino is of critical importance to the survival of this species. From approximately 10,000 animals in 1970, it is estimated that less than 1,000 remain in the world today, after a lucrative illegal trade in wildlife products fueled a poaching crisis in East Africa which decimated numbers by 99% forty years ago. The steady growth of the new satellite population at Singita Grumeti is essential to the re-establishment of the species in their ideal natural habitat and their future survival as a whole. 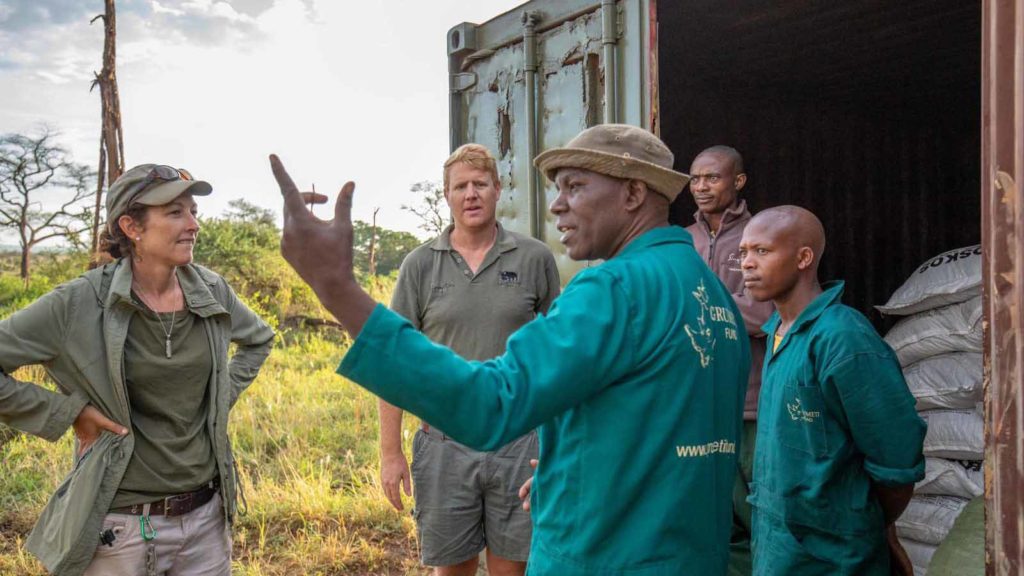 The logistics and resources involved in such an operation are staggering — the manpower alone includes wildlife vets, government entities and agents, conservationists, an anti-poaching and law enforcement team, infrastructure experts and translocation specialists. The associated costs are equally significant, with hundreds of thousands of dollars needed to bring the plan to fruition. A special project of this nature requires extraordinary fundraising, especially in the face of the global health crisis, which is why we are calling on our wider community of partners, guests and followers to make a contribution. The black rhino are coming from ex-situ populations i.e. eastern black rhino found in other areas of the world, namely game farms and zoos, and the international air transport cost alone is approximately $250,000. 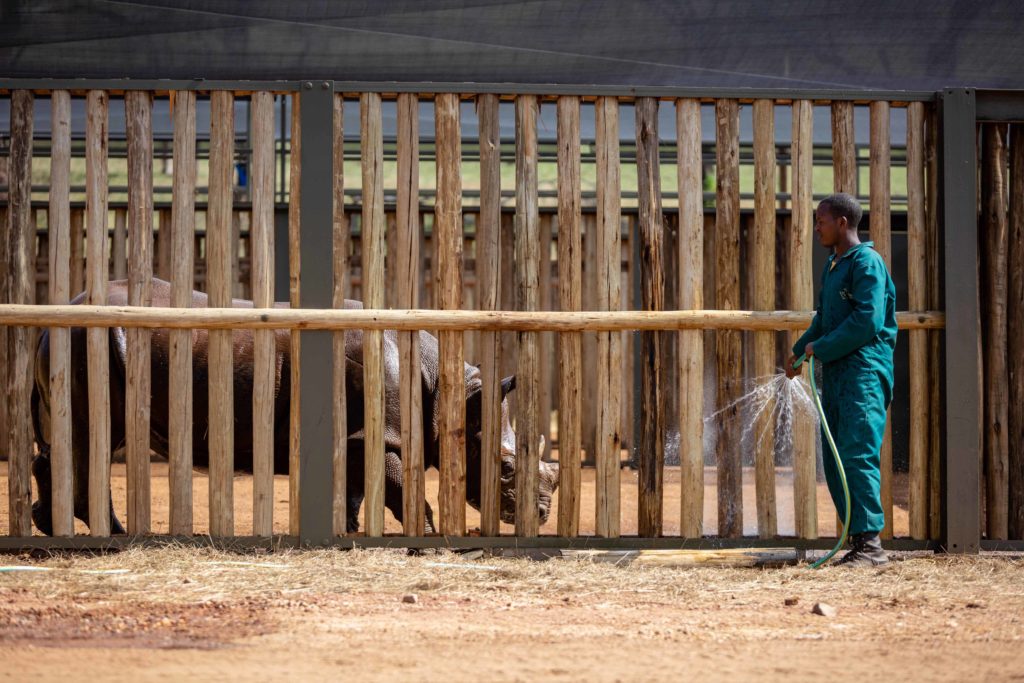 Please help us to meet our goal of raising $500,000 for the Grumeti Fund by making a donation. Every penny will go toward the planning, infrastructure, security and technology required to fulfil the vision of the Grumeti Fund to establish a strong breeding nucleus of eastern black rhino so that future generations are able to see them in the wild. 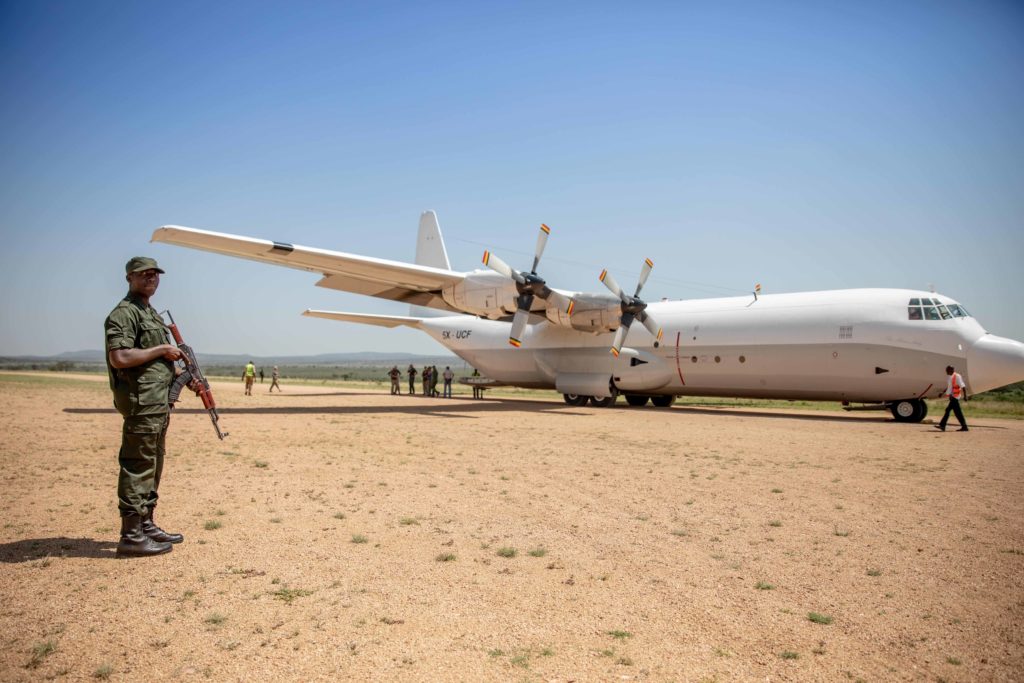 Each of the rhino currently roaming Singita Grumeti is fitted with a transmitter that allows the Grumeti Fund to track and record the location of each animal at all times. Find out more about the Grumeti Fund’s law enforcement and anti-poaching work here: Go Inside Grumeti Fund’s Anti-Poaching Operations »